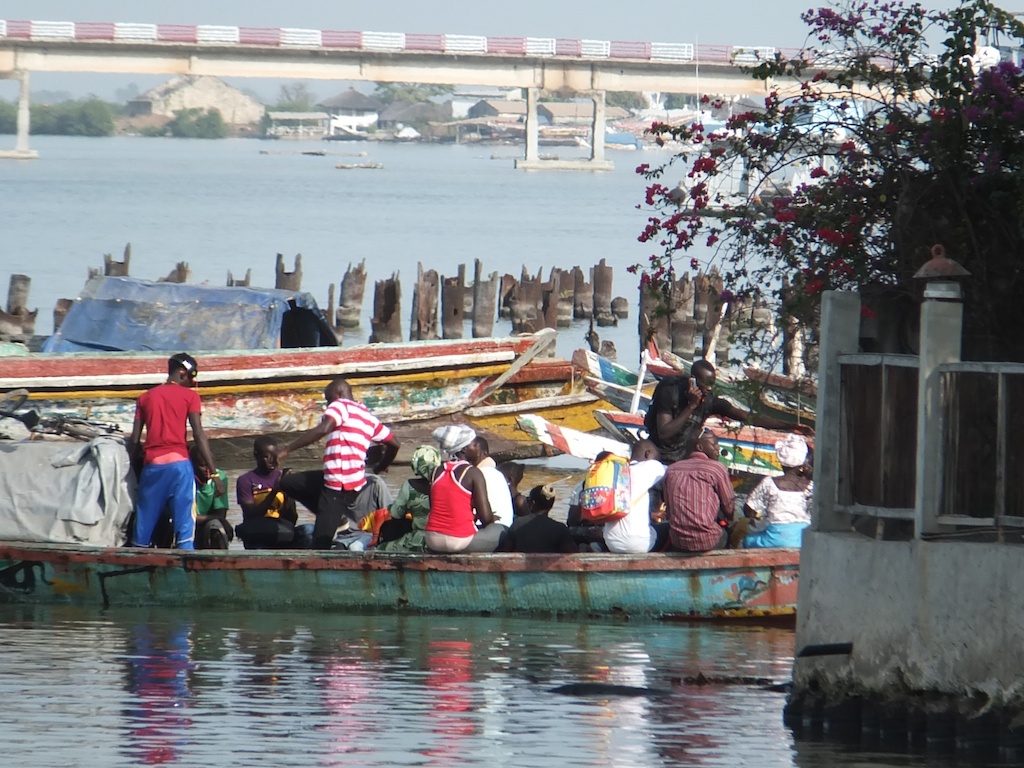 Today we left the coast and drove to Ziguinchor, the capital of Casamance. When we arrived here some days ago, we negotiated a ride both ways with Madi, a nice young taxi driver.

We were nervous about him coming back to get us, but we had written everything down in detail and he called this morning to confirm 2:00pm pickup. Sure enough, he showed up right on time.

On the drive, like on the way out, we picked up hitchhikers. No police checkpoint this time.

We are staying in the Kadiandoumagne hotel, right on the Casamance River. The K hotel is in the midst of refurbishment, some 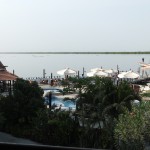 construction dust, but the room is brand new, clean and fresh, the bathroom is the first no-complaints bath we’ve had. It might be noisy, they are playing dance music in the restaurant downstairs (Caribbean Zouk from the French West Indies and some West African music) and we can hear the guy next door talking. Maria has earplugs, so we should be okay.

Just this minute the first mosquito of our trip appeared in front of my face (see insect of the day photo attached), so we moved from the balcony to the room. The sun just went down. Getting ready for the trip, we got our shots, got prescriptions for malaria pills, and sprayed

our clothes with premethrin, an insecticide made from chrysanthemums, marketed to campers, that binds to fabric and kills bugs through up to 6 washings. We brought two bottles of DEET and one of an herbal bug repellant. Up until now, we haven’t seen any mosquitos. At the beach, it was breezy and we have heard (in Costa Rica) that mosquitos don’t like salt air, and we didn’t go out at night in our short time in Dakar. But now we can swing into action against malaria and Dengue fever – dinner tonight is in an open air restaurant on the river. We’ll see how this stuff works.

MR: there’s a mosquito net around the bed which we might end up using if the rogue mosquito that flew into our room is not 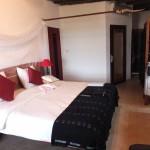 Back from dinner. Not as good as at the beach, but still fine. No mosquito problems.

MR: I spent all sorts of time avoiding turkey for Thanksgiving and tonight that was what was served as their menu! They served a raw Captain’s fish as an appetizer which was delicious and a lemony cake for dessert, first time eating cake in Senegal.

MR: just realized that tomorrow is Xmas day and everything is closed, so we’ll be strolling through the deserted town and sitting by the pool at the hotel. Merry Christmas everyone!