Midnight at the Oasis

Midnight at the Oasis

On the morning of May 4, a Toyota 4WD picked us up at the hotel. Maria didn’t know where we were going.

Off we went into the desert. For the first hour or so, we were on paved road, but then the driver turned off onto a gravel / dirt / rocky track that seemed to get worse with every mile. We were bouncing pretty hard and the tough vehicle sounded like it might fall apart with constant banging.

No sign of life except for the occasional herd of goats. 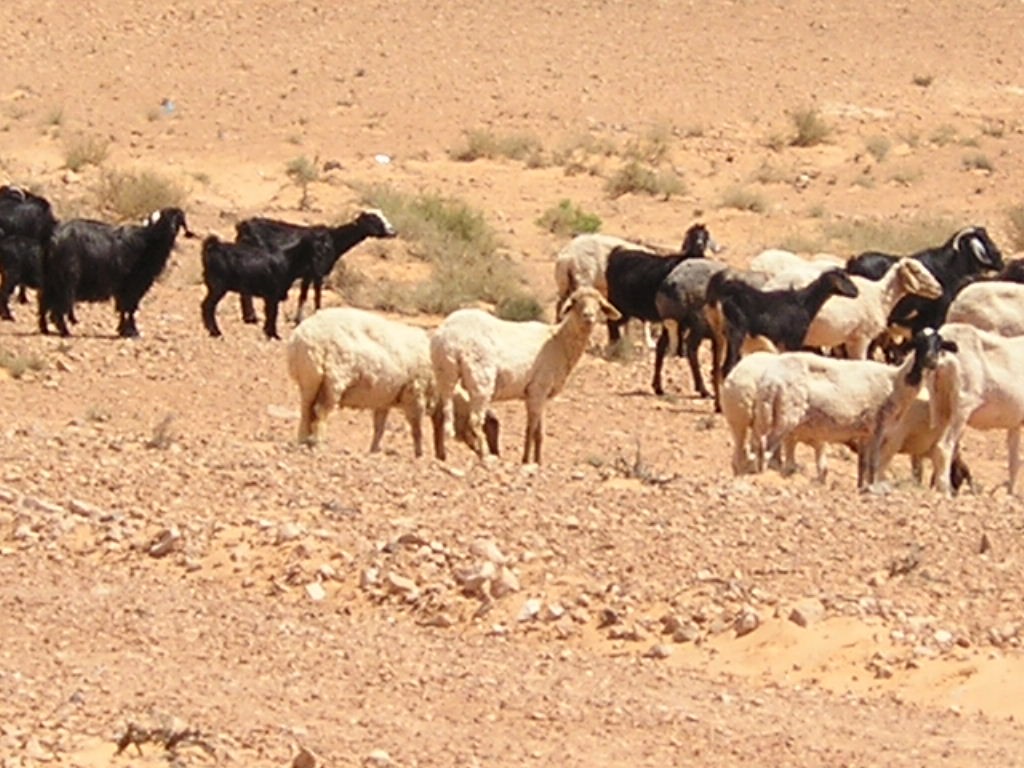 Then the desert changed from rocky to sandy and off in the distance we saw green. I told Maria that was our destination, an oasis, where we were going to spend the evening in a tent. 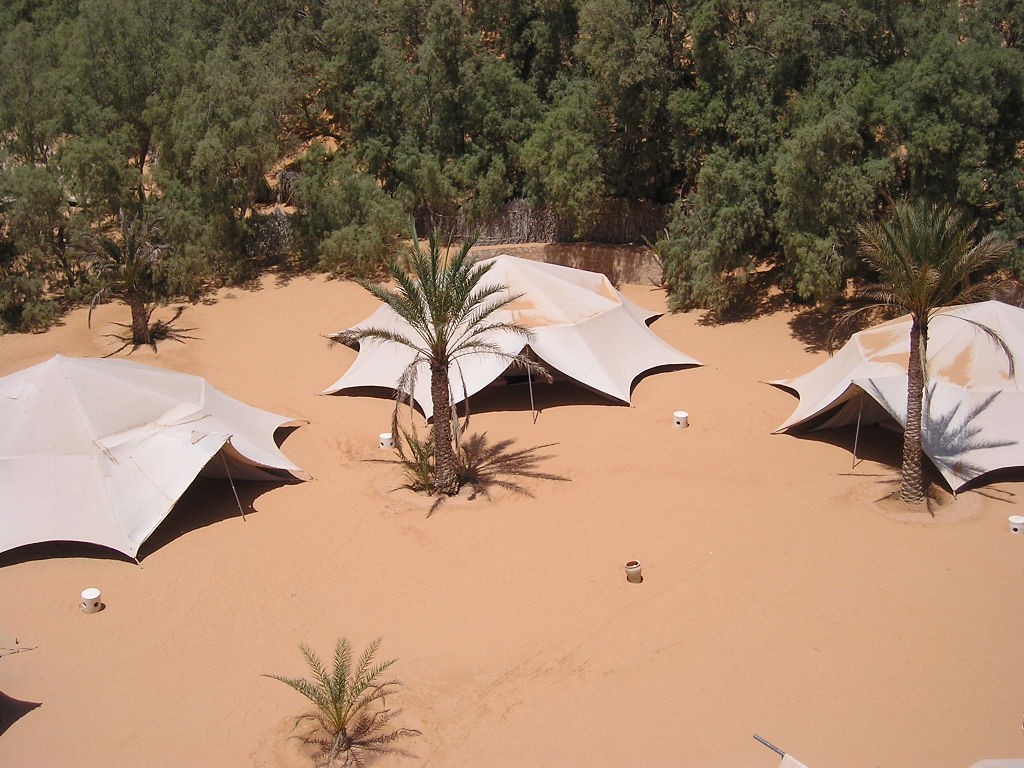 Maria doesn’t do camping. But this was a deluxe tent, with air conditioning, shower, electricity, everything a high end hotel room would offer. 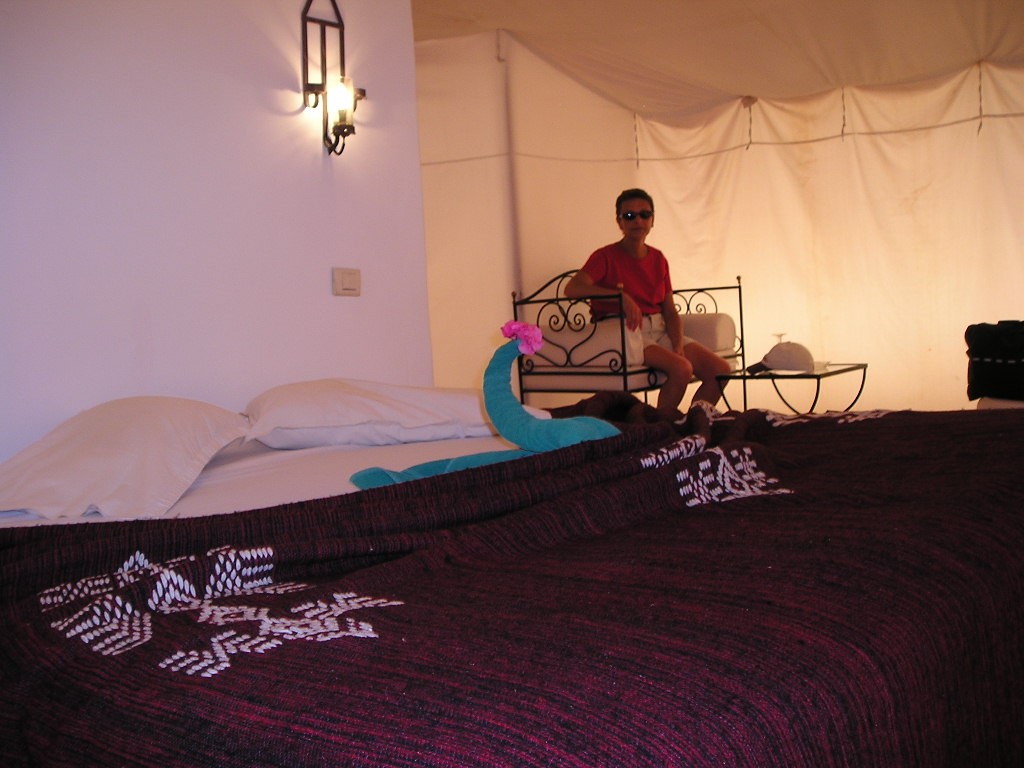 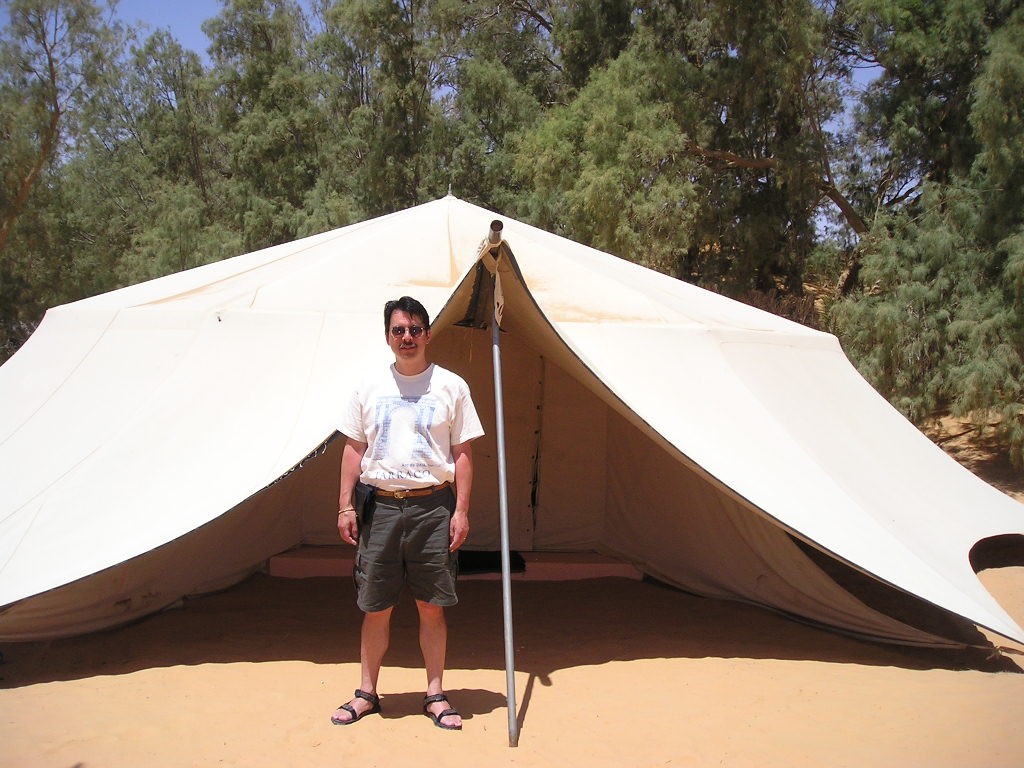 We were still in the dessert, however, so when we woke up the next day, we saw animal tracks outside our door. Bugs, a snake and some little mammal: 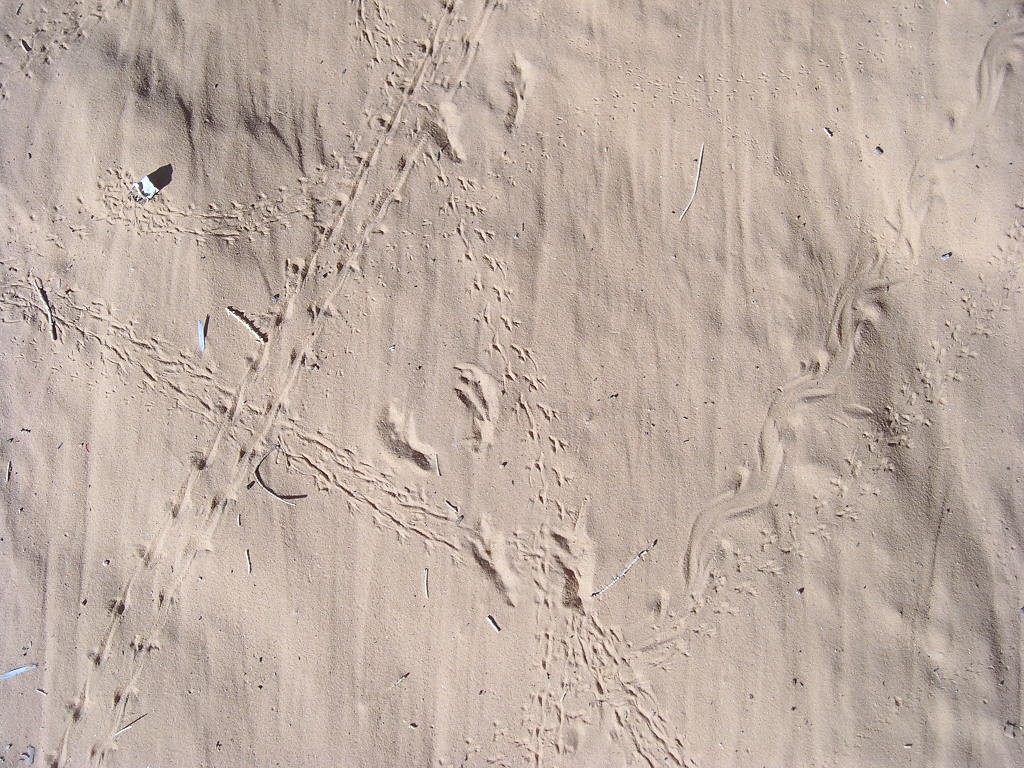