Yesterday we spent the day at Tecolote beach. Unlike Balandra where the sand just is, this one has lots shells, sea glass and rocks to search through. Since we had walked the left side of the beach earlier this week, we went to the right and much longer side this time. 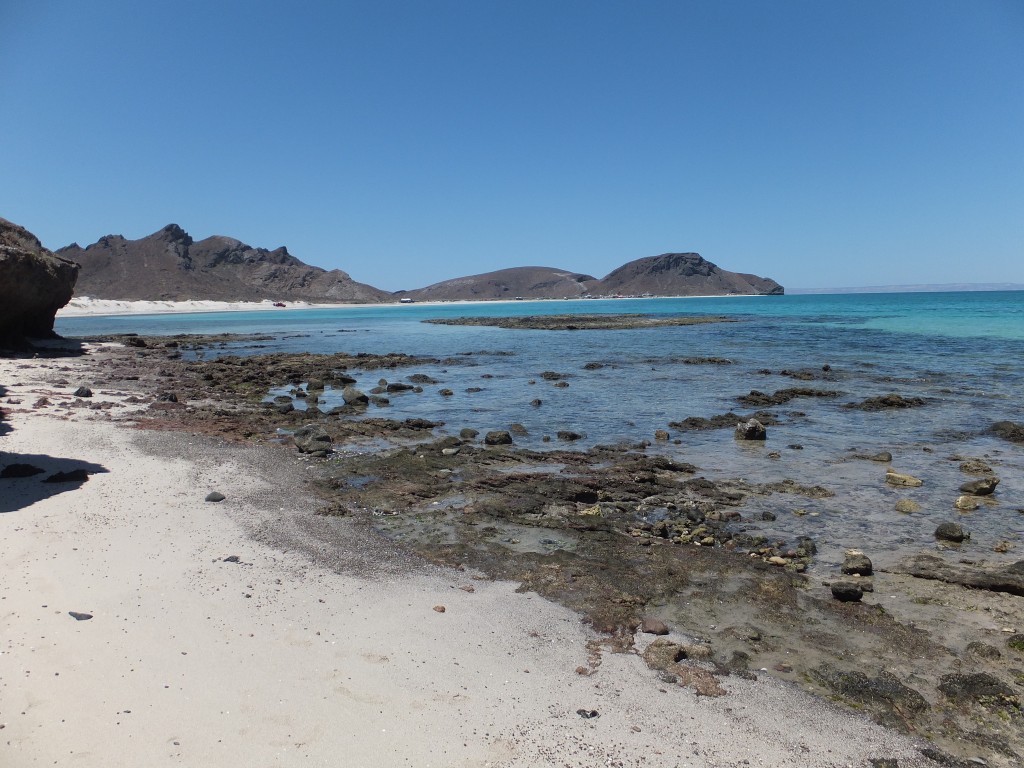 As we started walking, we were approached by a very friendly, youngish man in shorts and sunglasses. For 100 pesos (about $7 U.S.) we could have the use of 2 lounge chairs, an umbrella and use of the bathrooms all day long. We parked our stuff and started our very long walk. This was made longer by the constant bending down to inspect a potential treasure. Bruce’s pockets were weighted down by the time we returned to our chairs. 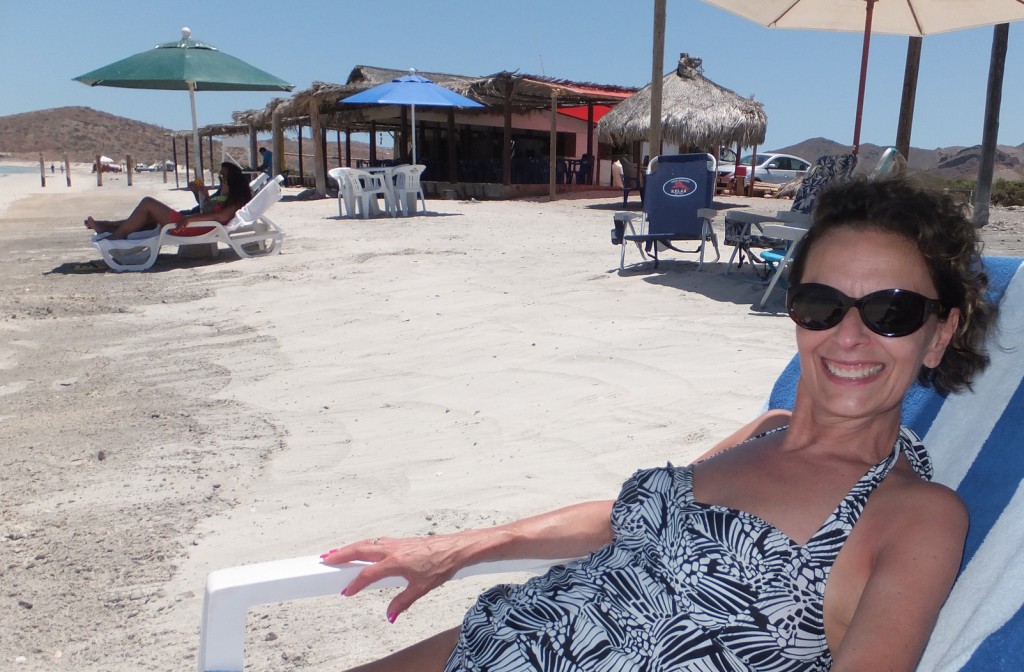 We spent the next four hours just lying there and marveling at the 4 shades of turquoise the water had. Starting with clear, getting slightly darker 100 feet out, then a band of even deeper color and lastly the vey dark turquoise that on its own would be beautiful. The entire time sitting there I also amazed myself at just “sitting” without the sense of running around and “doing” something that I usually have. A couple of times we did get up to enjoy the water, which actually got slightly deeper than Balandra. Here we were able to get thigh deep! 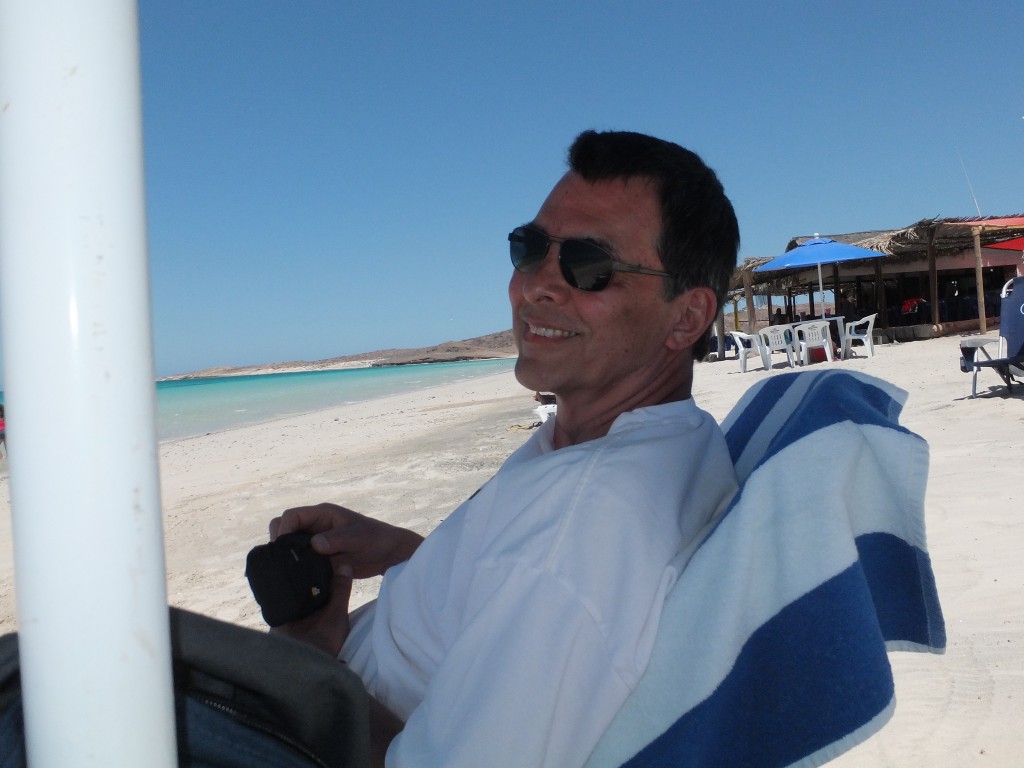 While in our lounges we were attended by the same fellow, who had introduced himself earlier as Big Nose, and yes indeed it was. He told us they had the best margaritas there, and so we had to try. They were in fact the best we’ve had here, and definitely the cheapest! 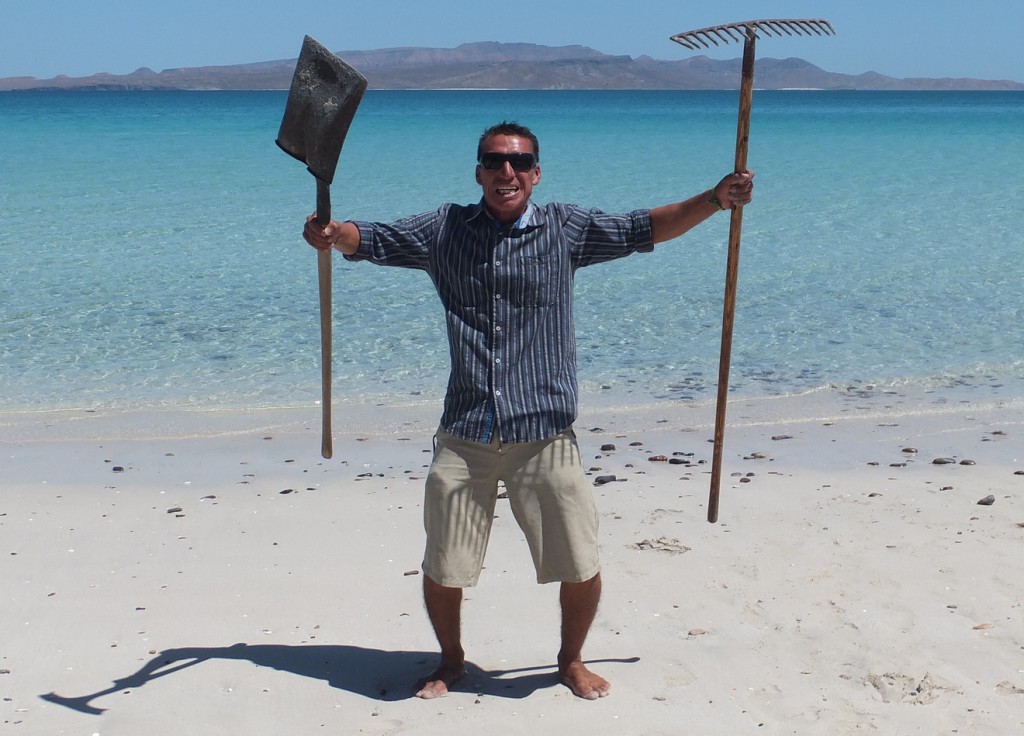 Later on, with Big Nose all the time being solicitous but not annoying, we took him up on his food offer and decided to have the local clams Chocolata. I figured that anything with a word that resembled chocolate must be good! They were very small clams with dark brown shells, hence the name. Each little clam had a small piece of lime accompanying it, and this was served with a freshly made batch of tortilla chips. We had learned earlier this week why the Baja tortilla chips are cruncher and lighter than in other parts of Mexico. I’ve always liked raw clams, but this was Bruce’s first time, and now he’s a convert!

Another wonderful day at the beach!