We are in a house across the road from the beach in Long Bay, Jamaica.

Long Bay is a little village on the coastal road between Port Antonio and the town of Manchioneal. It has maybe 50 houses, a little supermarket, a gas station, a post office/library combination, a bunch of churches (today is Sunday, we passed several churches and saw many church ladies in their hats), a school and a dozen or more bars, which are little shacks made of scrap wood and corrugated metal. All sell beer and drinks; many serve food.

The bar across the street from our house is run by LaToya, who has been keeping an eye on us since we arrived Thursday. A pair of disreputable guys hang out there all day smoking spliffs. A few customers stop in for a while some hang out without becoming paying customers. 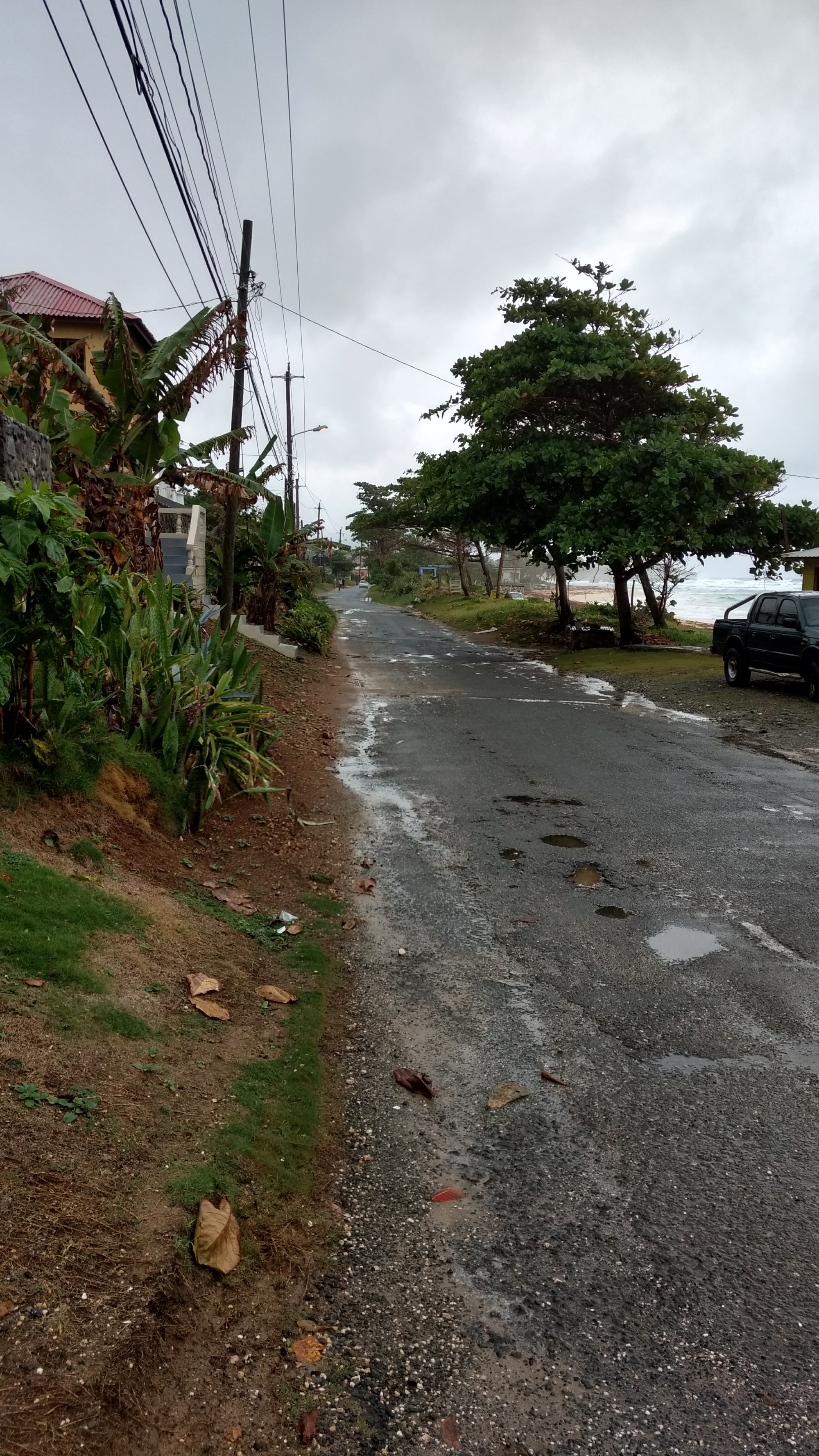 The one road in town is the main coastal highway than runs along the entire north coast of Jamaica. By the time it turns into the east coast and gets to Long Bay, it has deteriorated into a 1-1/2 lane track that was once asphalt but is now about 10% potholes.

We have seen maybe eight other visitors in our three days here. 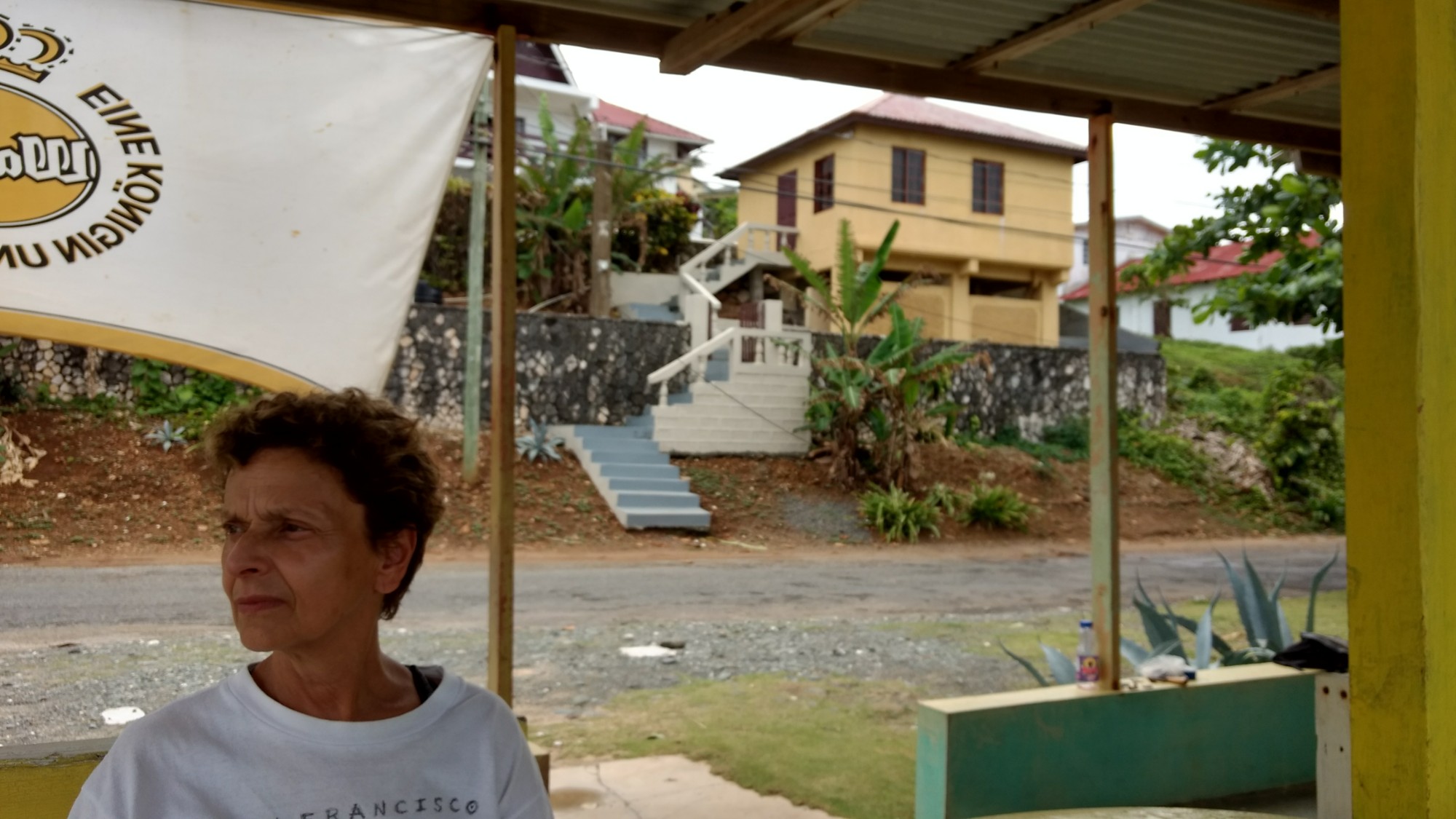 The house where we’re staying is a huge place owned by a guy who we think is Jamaican, but who lives in Florida. Nigel, the caretaker lives in a little house in back. Nigel is a really good cook, and has made us a couple of dinners.

Nigel has dinner with us. We can barely understand him, but it eventually gets through. Everyone speaks Jamaican patois, a pidgen English with a healthy dose of West African words. With us, they talk standard English with that great Jamaican accent. Yeah mon!

Last night he took us to his auntie’s place about a mile down the road. 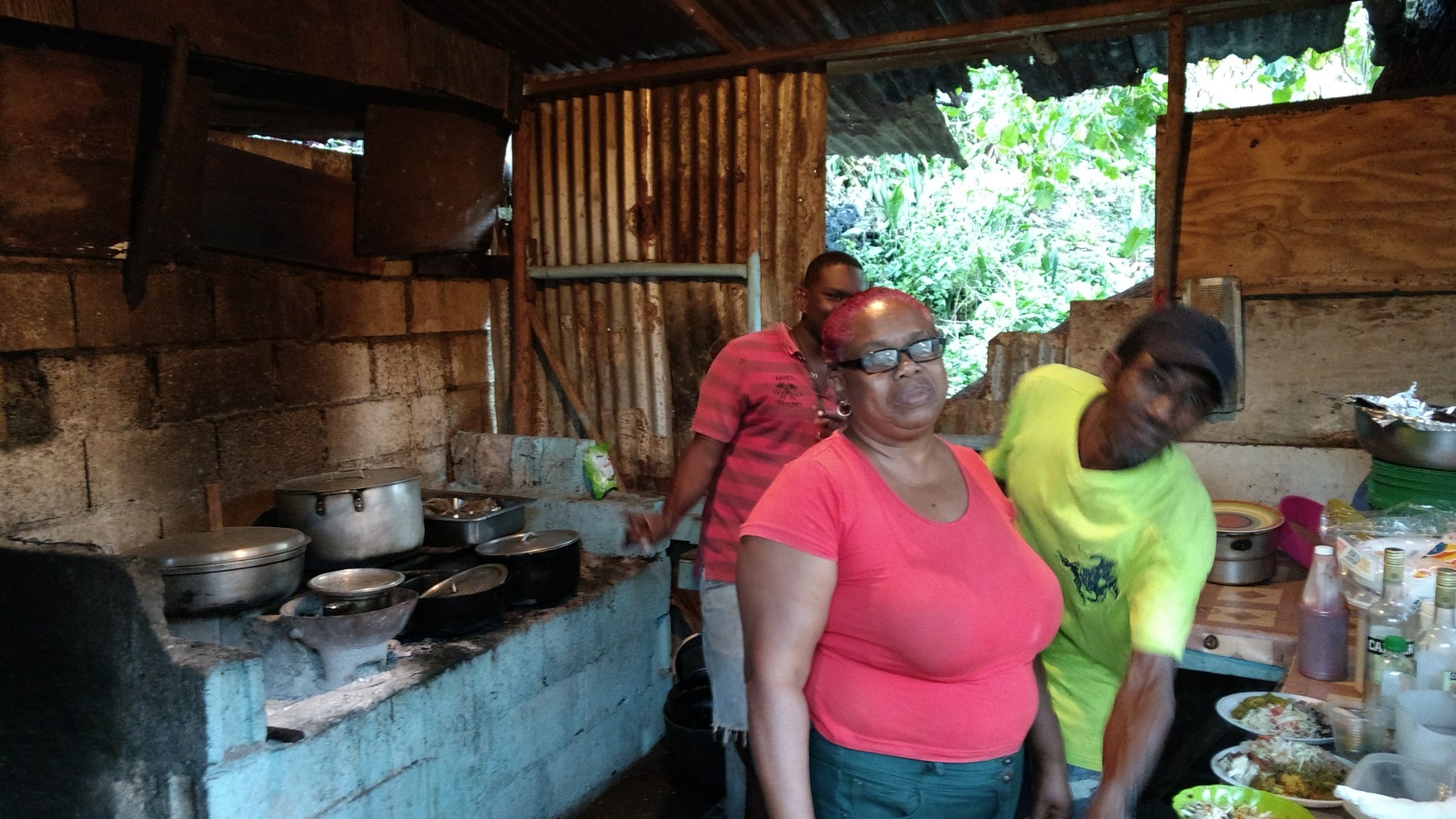 Auntie’s place is, surprise! a shack that serves food and drinks. We had goat soup and jerk chicken with rice and beans. The chicken had been smoking in a smoker made from an old gas tank. The cinderblock stove was powered by a wood fire. Everything was really delicious, washed down with Red Stripe.

We walked home in the pitch dark. The stars were bright like we haven’t seen in years.