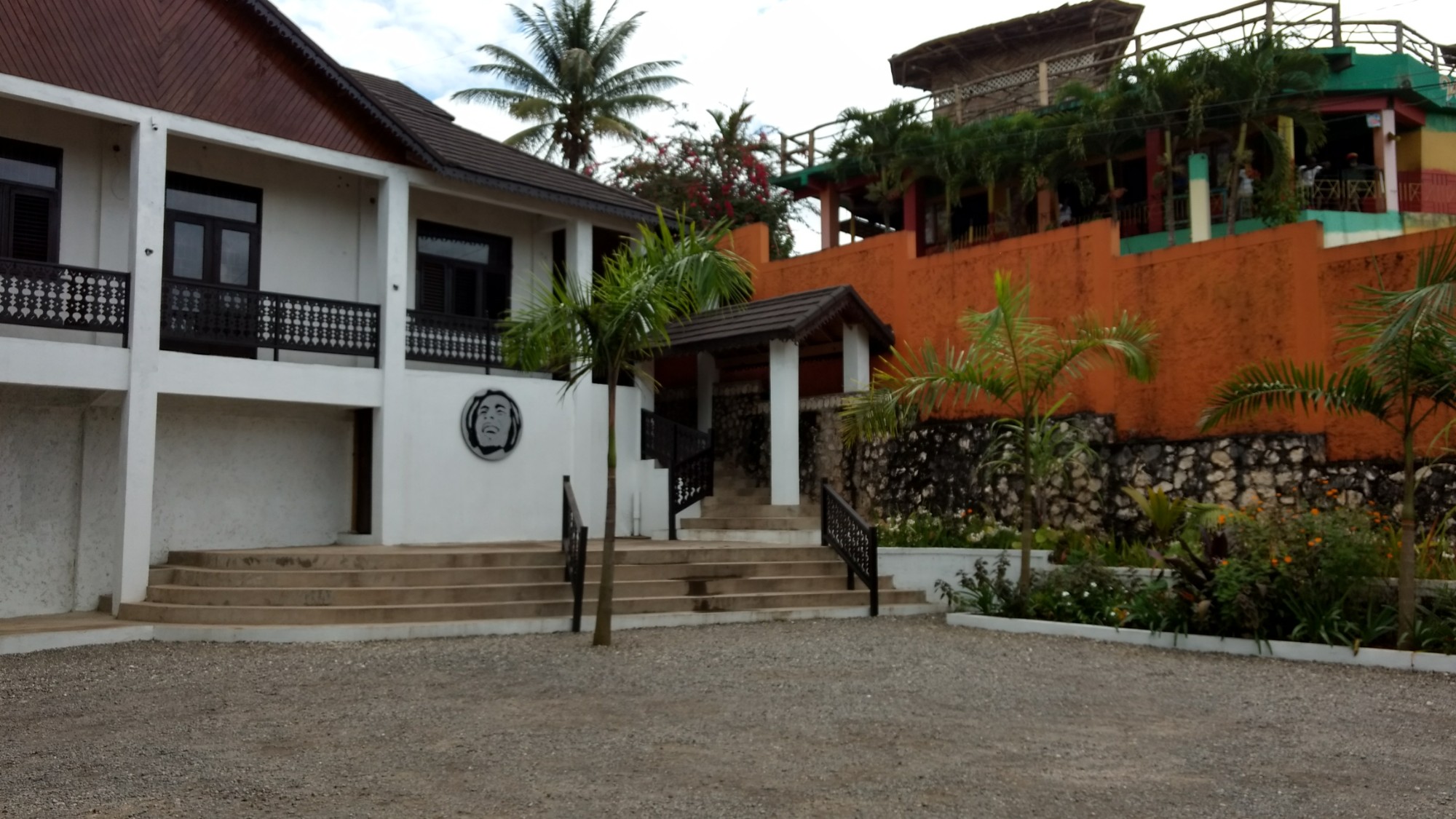 This morning a driver picked us up and drove us, with a Belgian couple, to visit Bob Marley’s mausoleum in the Blue Mountains. 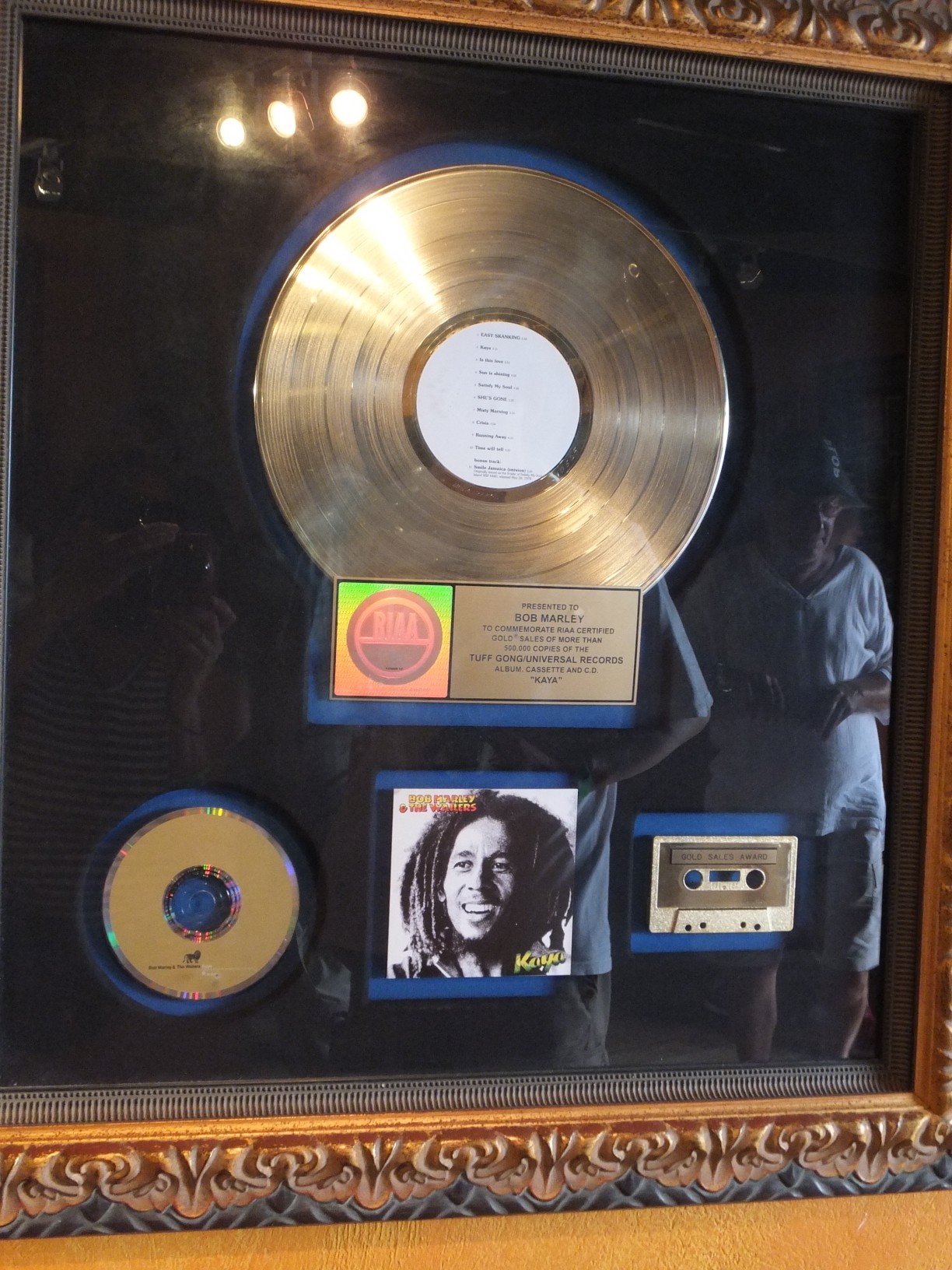 The drive took about two hours over really bad roads, like the worst of Costa Rica. 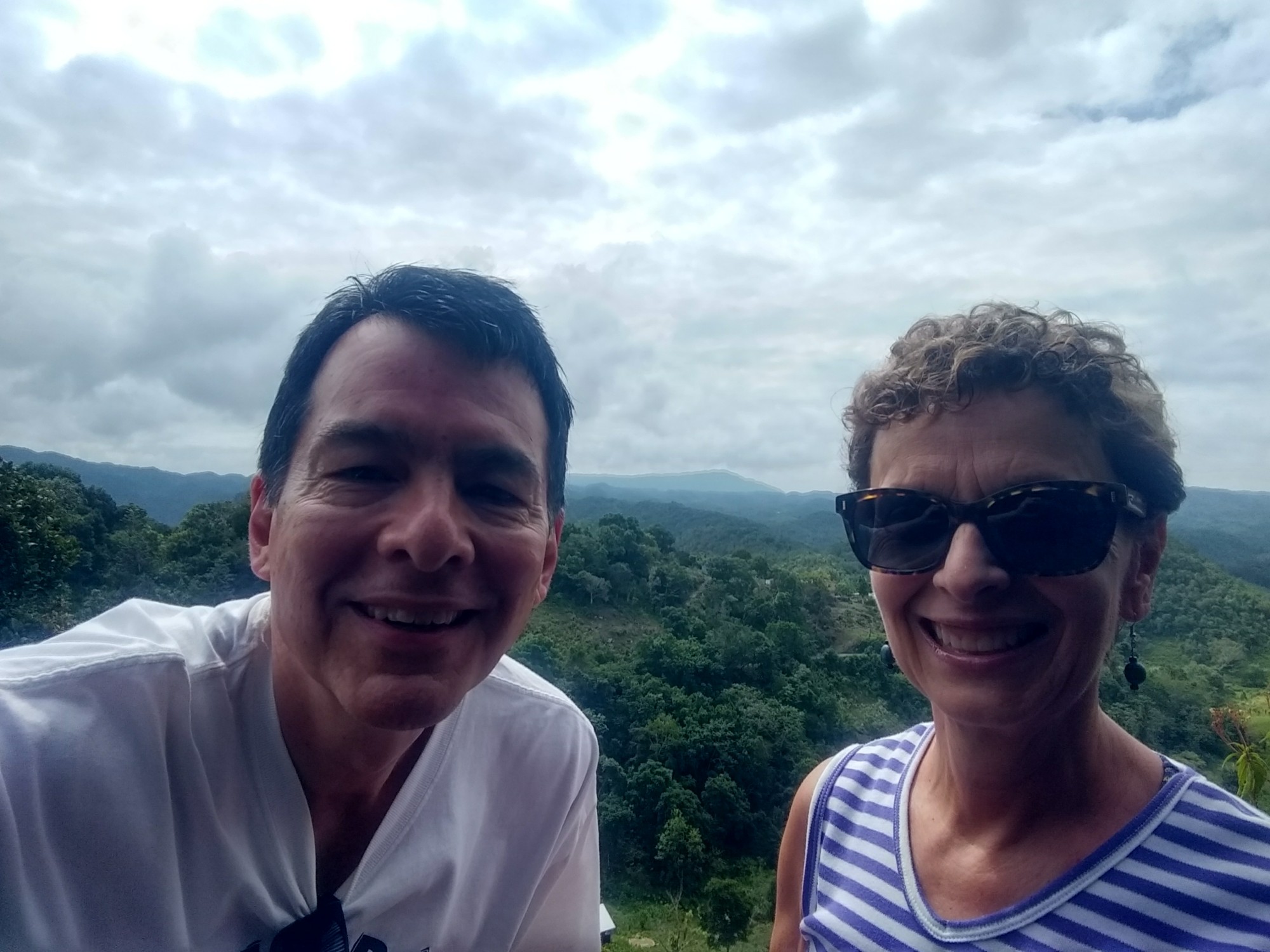 Mile after mile, higher and higher into the mountains. Finally we were at Nine Mile.

When we got out, guys offered us spliffs and brownies. We waited, but got a spliff inside which I smoked a little and left on his tomb with other offerings that people had placed there. 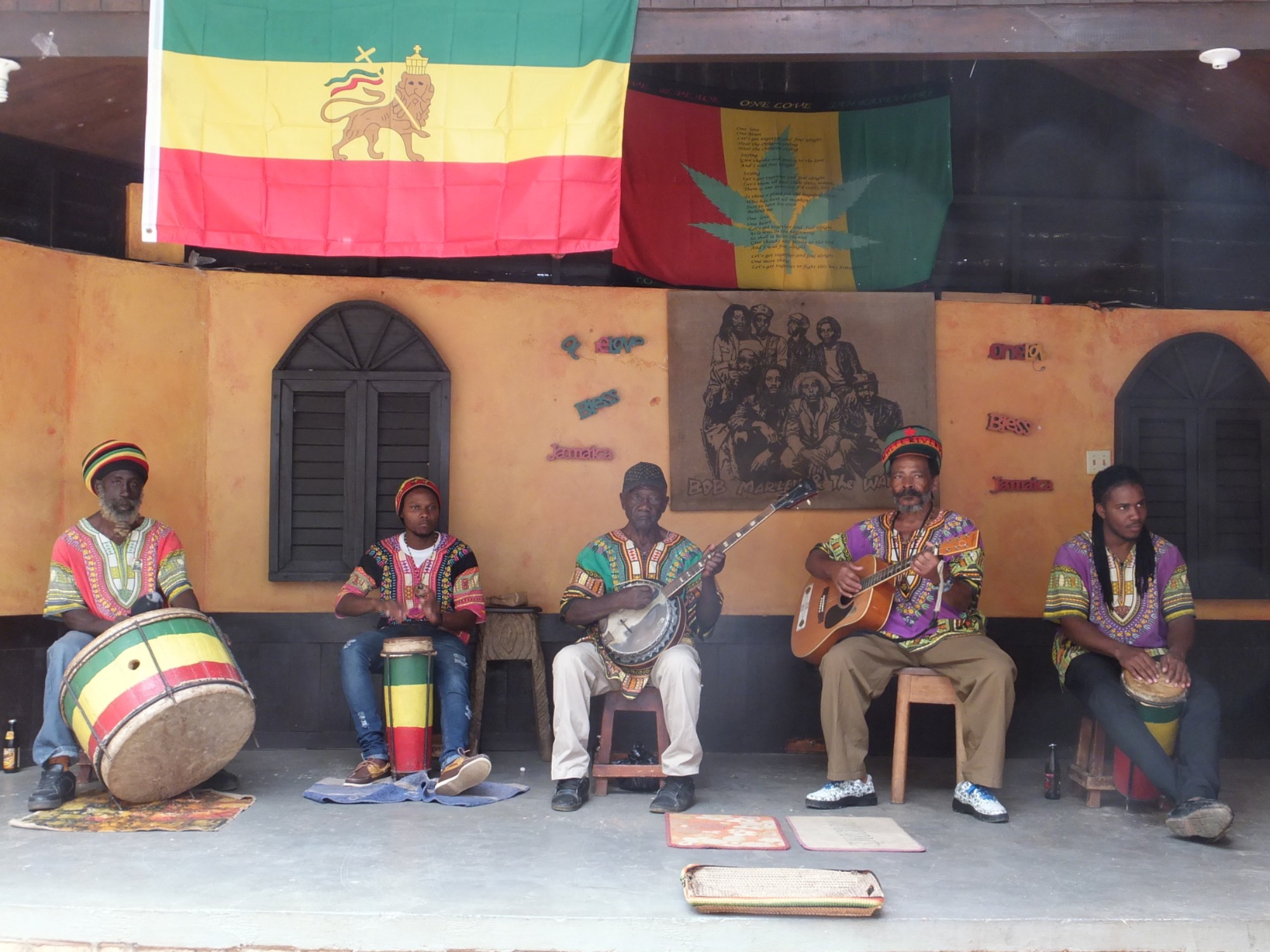 This was where Bob was born, his childhood house is here. His mother and brother are buried here. Miami cops shot his brother in the 1990s.

The place was packed with tourists. Our guide was clever and informative and very stoned. A band played some Bob Marley tunes. There were several souvenir shops selling high quality, expensive schlock. But overall they managed to maintain a respectful atmosphere.

It was a very nice and interesting morning. We got some brownies to go.