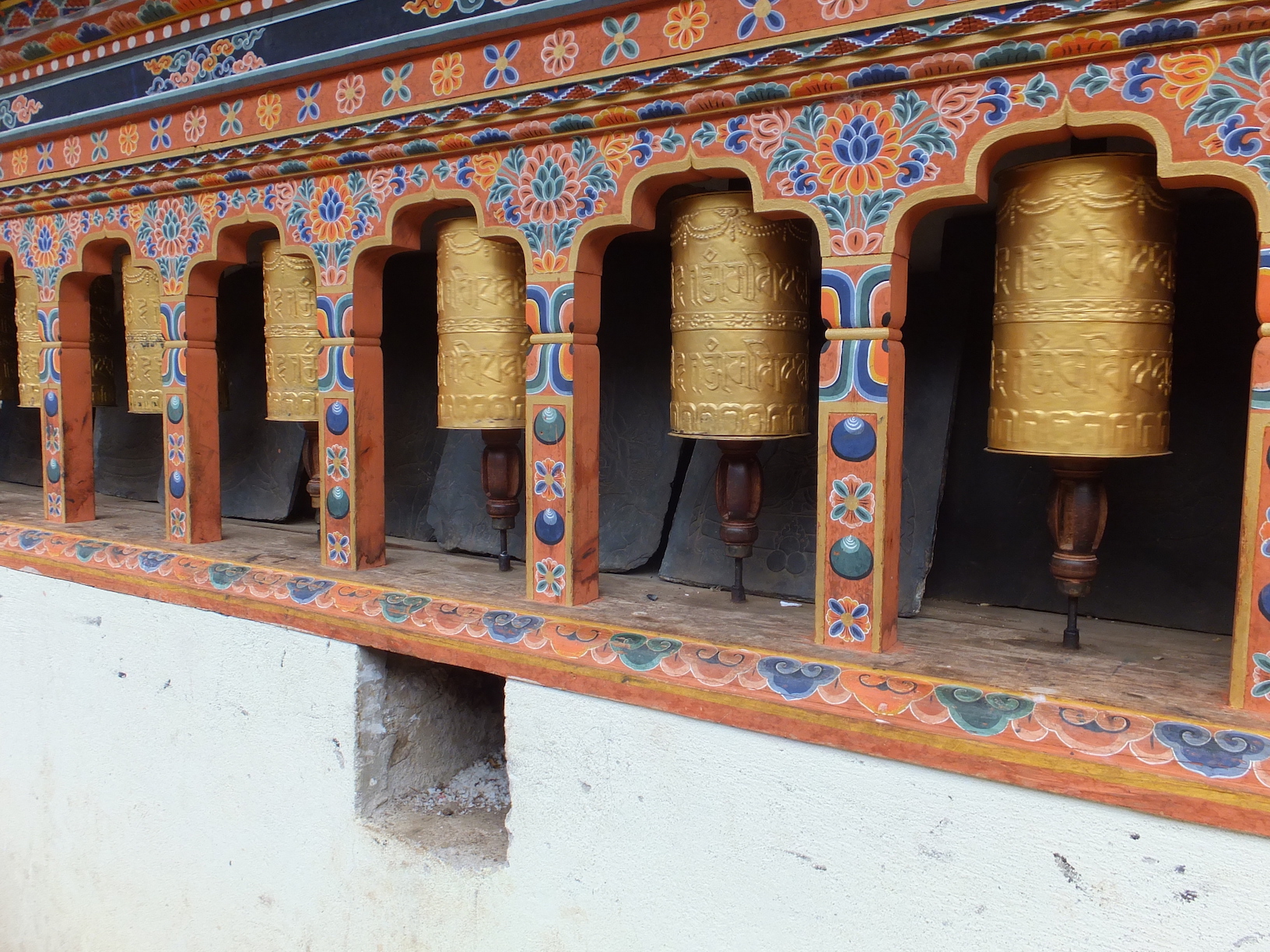 This morning we visited a Buddhist monastery. Tibetan Buddhism is pretty complicated and bureaucratic, with lots of hierarchy and rules that likely originated in ancient Tibetan society rather than Buddha’s teachings.
The main building is very impressive, several stories tall, lots of hand-carved and brightly painted woodwork. The monks live in little rooms surrounding the main structure. Tenzin stopped two 10 year old novices and chatted with them and we asked them questions. One lives in Thimpu and visits his family when they get time off. The other was pretty much abandoned by his messed up family.
Then we went inside, climbed two steep ladder/staircases, and got to see a ceremony where they played music, people were prostrating themselves at the alter and praying. Today was a holiday, the anniversary of the death of some important religious guy.
We left the monastery and on the way out saw these three guys carving replacement woodwork. It’s very meticulous hand work, they were carving patterns of little 1/4 inch rectangles. We walked through the little village surrounding the hilltop monastery and set off on a 2-1/2 mile hike through the woods and along a hillside high above the valley floor.
After lunch, we stopped at a sanctuary for black neck cranes, an endangered bird that winters here in the valley. They are all up in Tibet now, but one is still here, an injured female that can’t fly.
Back at the camp, the chef, a 23 year old woman from the south of the country, showed us how to make dumplings and also chilis and cheese which is the national dish.
Tenzin then had the staff introduce themselves and tell us about  about themselves. This became very interactive and they wanted to know about us, so we did the same.
Then they pulled the tables aside and turned the dining hall into a dance floor where they taught us Bhutanese dances, which are mostly done in a circle. After about three of these, they asked for an American dance. At first we couldn’t come up with anything, then I remembered the hokey pokey, which was perfect, everyone can learn that real quickly.