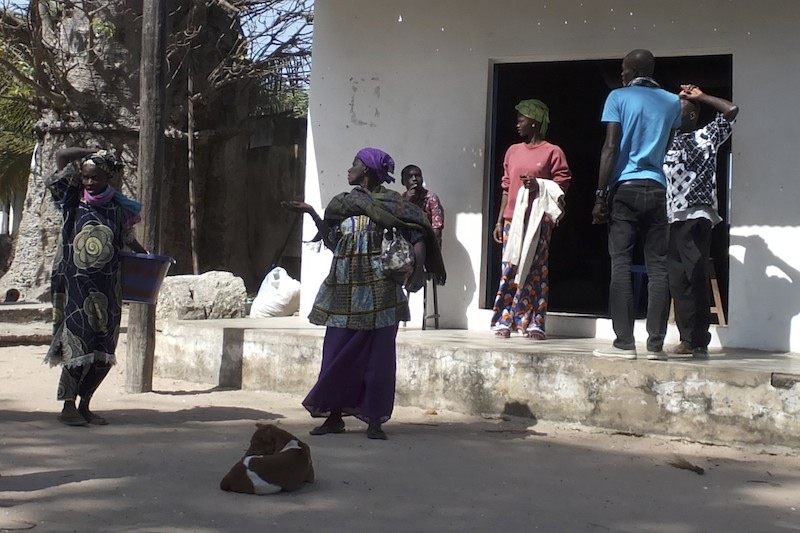 West African culture has contributed a lot to the Americas.  I see it in everyday life and in travels around Latin America and especially the Caribbean.  I wanted to see what it was like first-hand.

Africa is where humanity began.  Africa is where music began, almost certainly before language as early humans walked to the sound of the wind and animal peeps, squawks, howls, roars…   I am particularly interested in the African rhythms and styles that are at the root of the funk soul jazz rock salsa zouk reggae music that I listen to, and the modern African music that has absorbed the sounds that are reflected back from the west.

Senegal presents a comfortable way to get introduced to this rough part of the world.  Democratically elected government in place since independence from France in 1960.  No wars, famine, or widespread extreme poverty.  Happy, friendly people, overwhelmingly Sufi Muslims, most pretty devout.  The music capital of West Africa.  A modern society that is still connected to the concept of the village headman and wears charms as protection from the spirits that inhabit the trees, rivers and land.

A former French colony, Senegal was the French headquarters of French West Africa.  The French language is understood everywhere, Spanish is widely spoken and some English.  French technique and sensibility applied to traditional West African ingredients results in good food, particularly seafood – fishing is a big industry. The Casamance region in the south has some of the nicest beaches in the world.

So I dragged Maria through difficult flights, seasickness, the loss of several nights’ sleep and general discomforts of a dusty region that is much less developed than where we spend most of our lives.  To visit a very interesting place.