Today, we were collected at our hotel and driven downtown to Baja y Espiritu Tours where we were fitted for wetsuits, snorkels, masks and fins. Also there were a young couple from San Francisco, and a middle-aged couple originally from Austria, now living in Mexico City. And our captain, Saul, and tour guide Marcos. 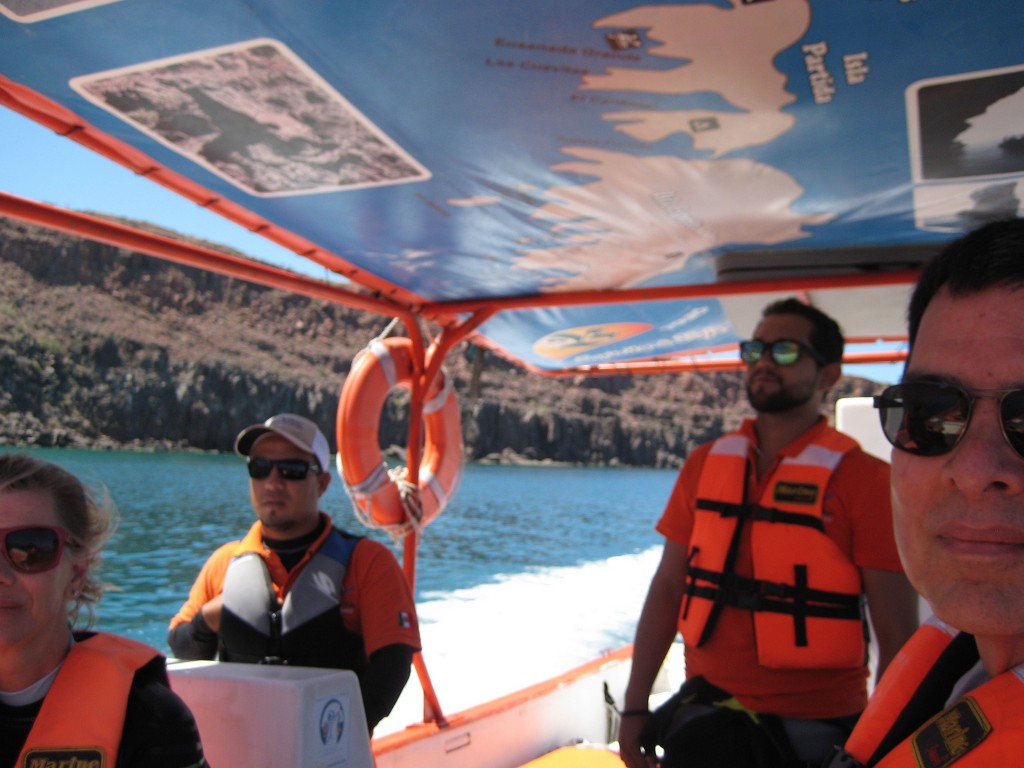 We walked across the street to the beach where we boarded a panga, a boat probably 18 feet long with a big outboard motor.

We started out going up the coast, past the beaches we’ve been hanging out on for the past few days, then headed across a channel several miles wide to Espiritu Santo island. E.S. is a desert island about 10 miles long and 5 wide that is a national park. 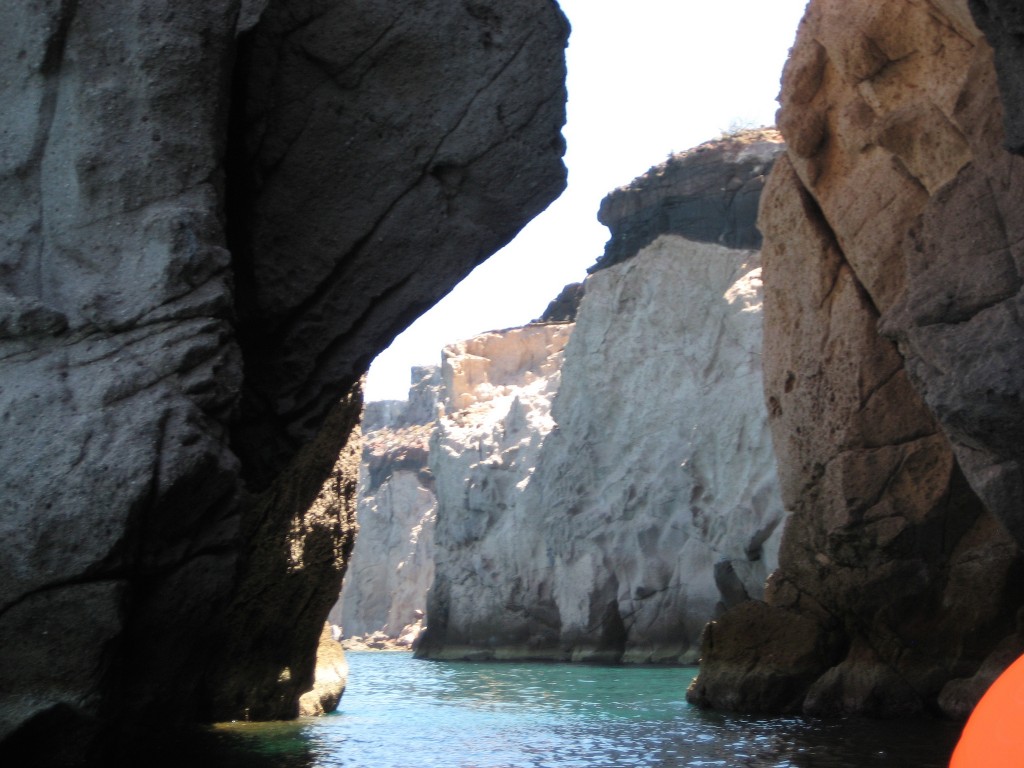 The island is very rugged, alternating layers of sandstone and volcanic rock that has been shoved around by tectonic action and earthquakes, a dozen a day are recorded. High cliffs drop down to the clear blue Sea of Cortez. There are some birds, but it’s the sea where the life is. Jacques Cousteau called the Sea of Cortez “the world’s aquarium”. 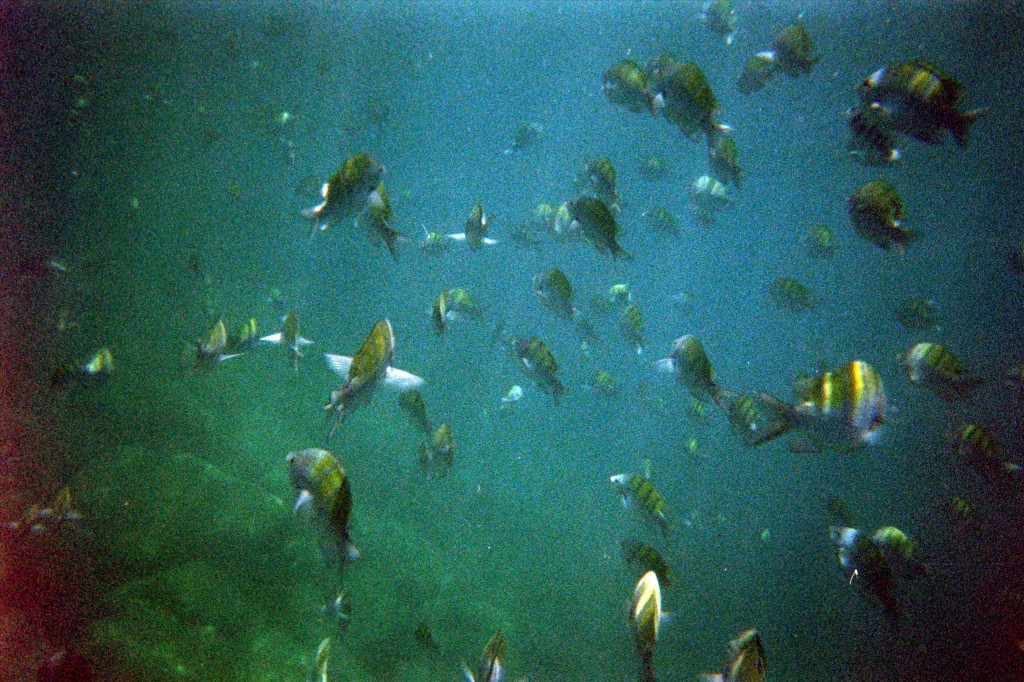 While still in sight of the city, we spotted a whale shark, the world’s largest fish. This was a small one, only about 12 feet long. We passed a little island, all white from, and stripped of vegetation by bird shit. Blue footed boobies were nesting. The male shows off his blue feet in a little dance while the female observes and decides they are blue enough. 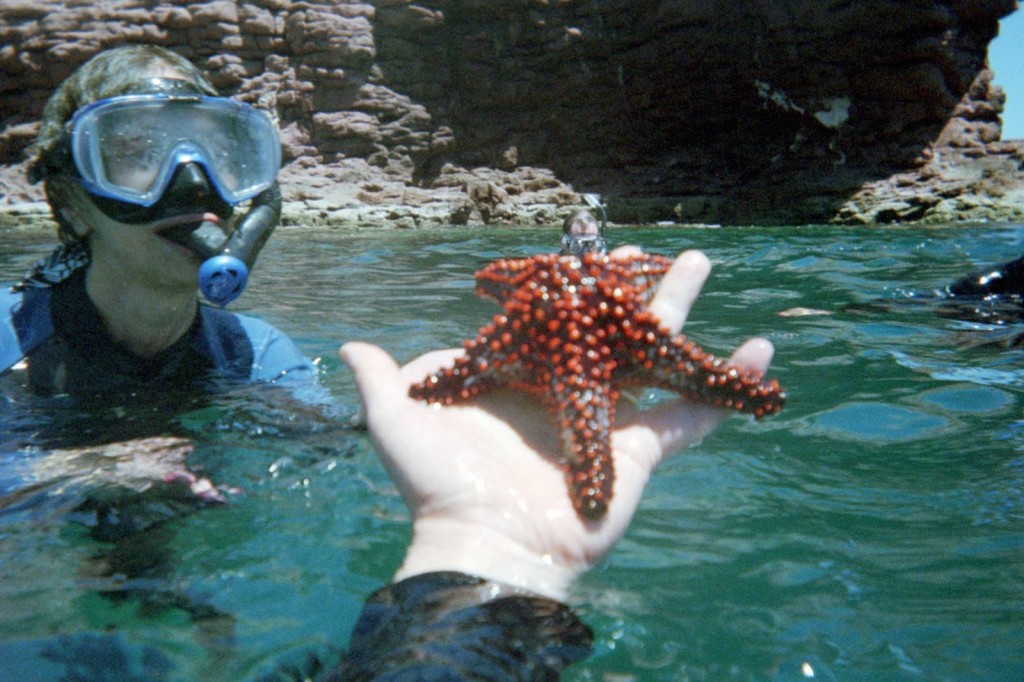 At the northern tip of the island is a colony of sea lions, hundreds of them. Here we jumped in the water, snorkeling around looking at the large schools of tropical fish, with sea lions swimming around us acrobatically. The water was a bit cool, the wetsuits made it quite comfortable. And they were good in the wind of the open motorboat. 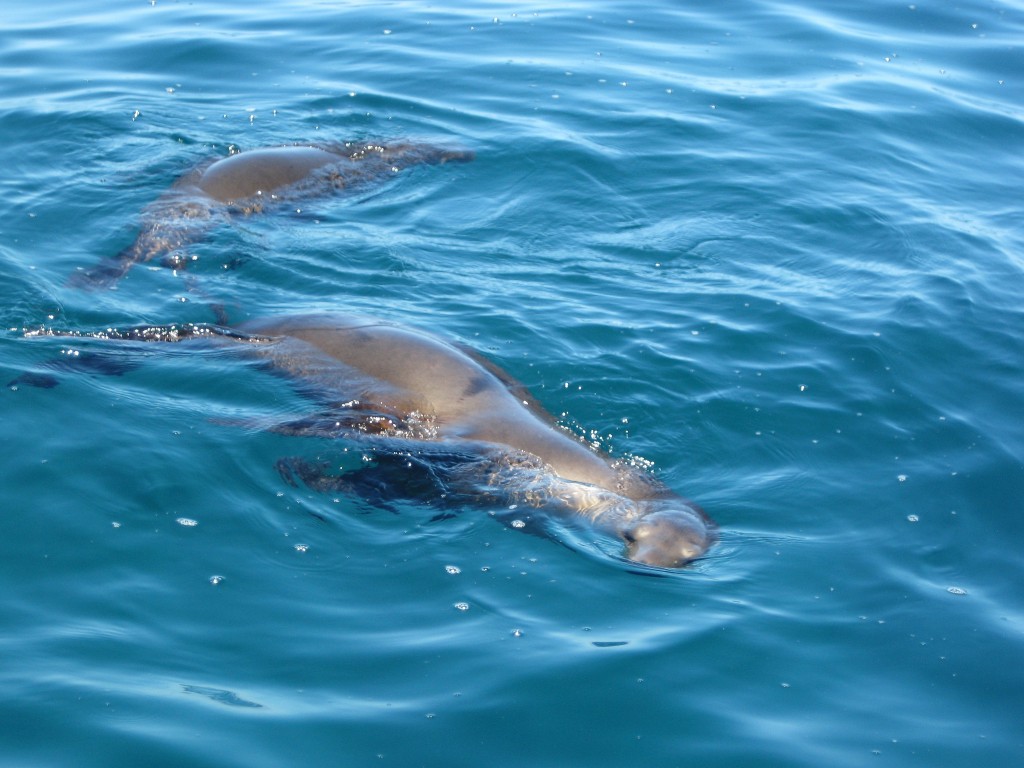 After snorkeling, we stopped in a little cove for lunch, which was a nice ceviche. While we were there, another tour boat pulled in, loaded with 20 passengers, which made us appreciate how lucky we were in ours.

We headed back, and the Austrian couple asked to be dropped off at their hotel in a marina. Euro deadbeats, they didn’t tip the crew. The last laugh was on them, however; as we neared the city, we happened upon a pod of around a dozen dolphins, including juveniles swimming in tandem with mom. 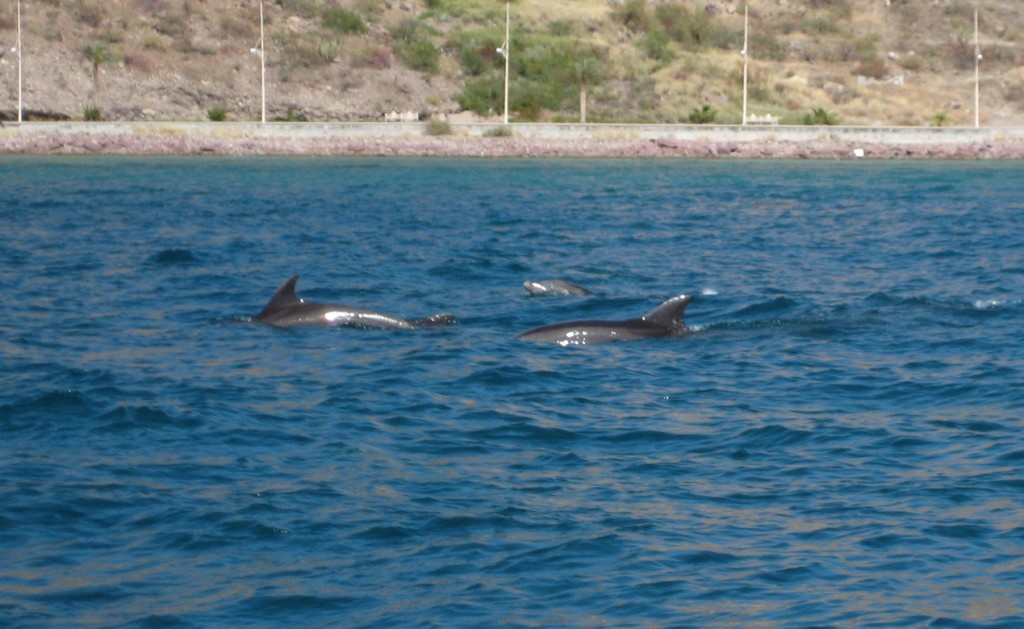 Saul, the boat captain, recommended a seafood restaurant named Cayuco, and told us how to get there. So we tried it tonight. We had fish and shrimp, grilled over mesquite coals and served with a secret sauce that was really good. Maria says it’s the best fish she’s ever had in a restaurant (keep in mind that she’s only been ordering fish for the past 4 or 5 years; but it really was good).

We got back to the hotel to find the place has been taken over by the Baja Coyote 500 race for dopey-looking dune buggies driven by boys who can’t grow up, and we let them wreck the desert doing so. The parking lot has been turned into the pits (oh, THAT’S where that expression comes from!) with cigarette-smoking southern yahoos working on their silly toys. Fortunately, the hotel staff says they’ll be gone tomorrow – to Tecolote, one of the beaches we’re aiming for tomorrow… 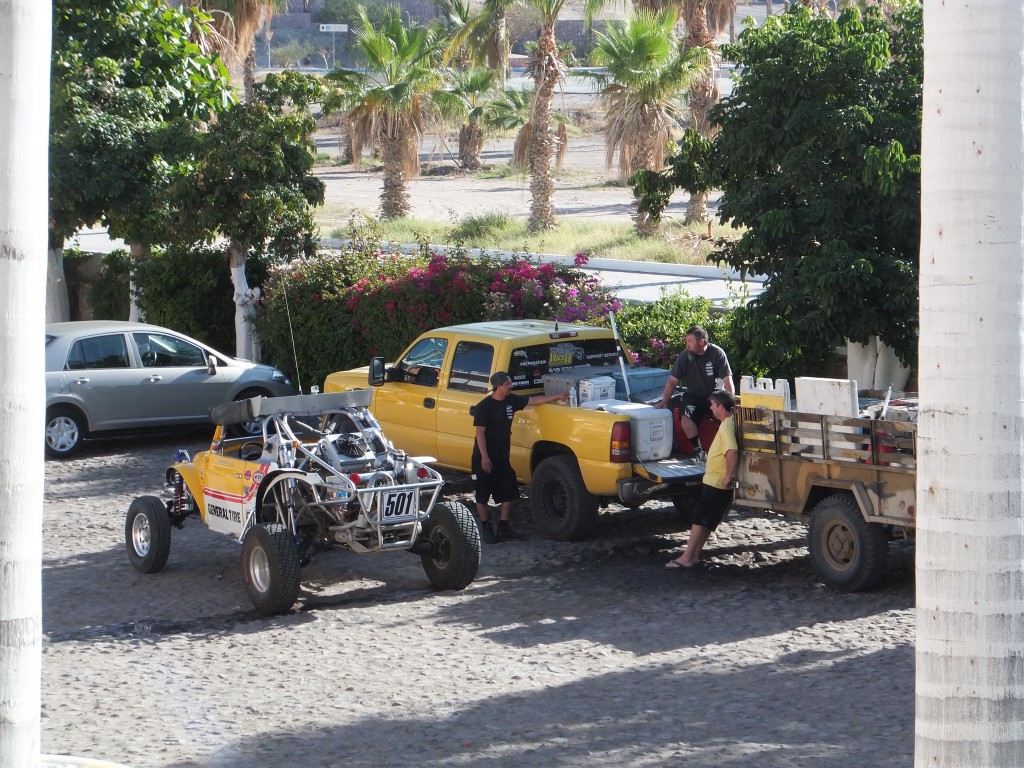