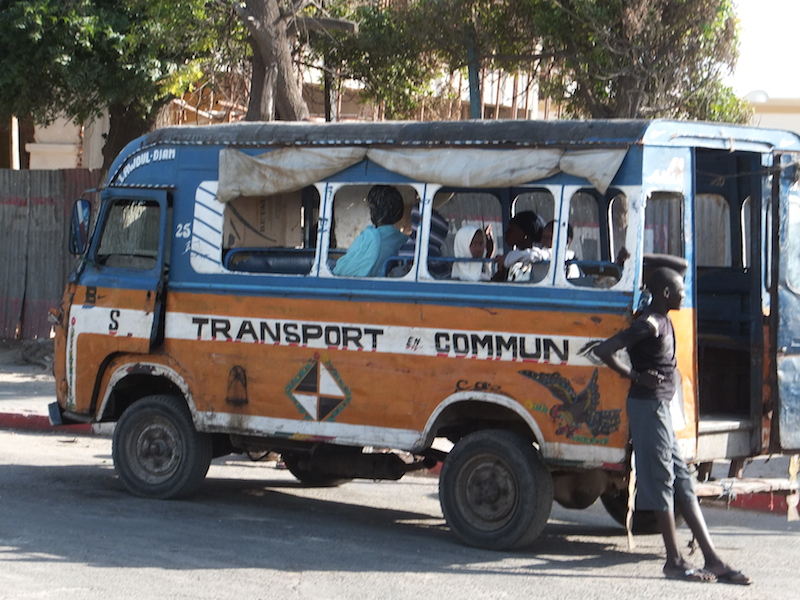 After lunch Saturday, we returned to the center of town where Ismaila put us in the hands of an English-speaking guide and the 12 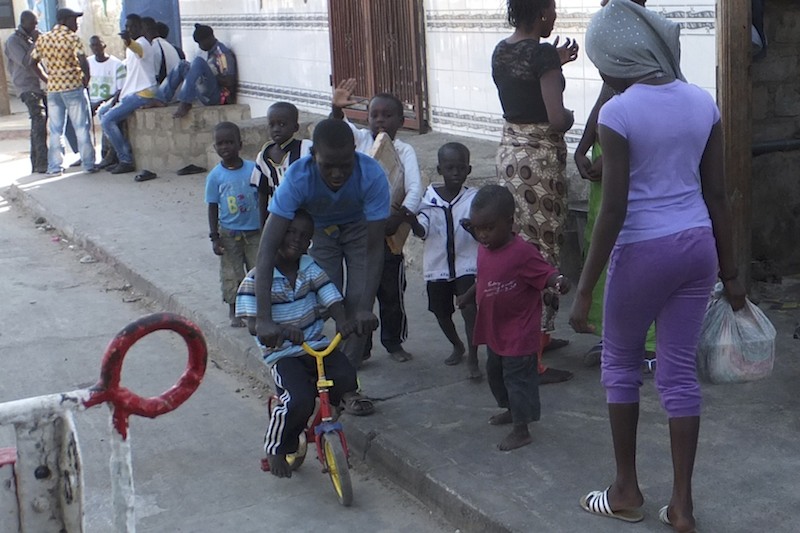 year old kid who drove a caleche, a horse drawn carriage, furthering our belief that he was looking for his next job. We figured we were in for the standard, kind of boring tour of St. Louis, the original capital of French West Africa, reminiscent of New Orleans. It started out that way as the guide pointed out the first mosque in St. Louis, with a bell because the French didn’t like the call to prayer, and an old rusting crane used to unload boats, built in the 1880s. But then he turned and went across the bridge to the Langue de Barbarie, a 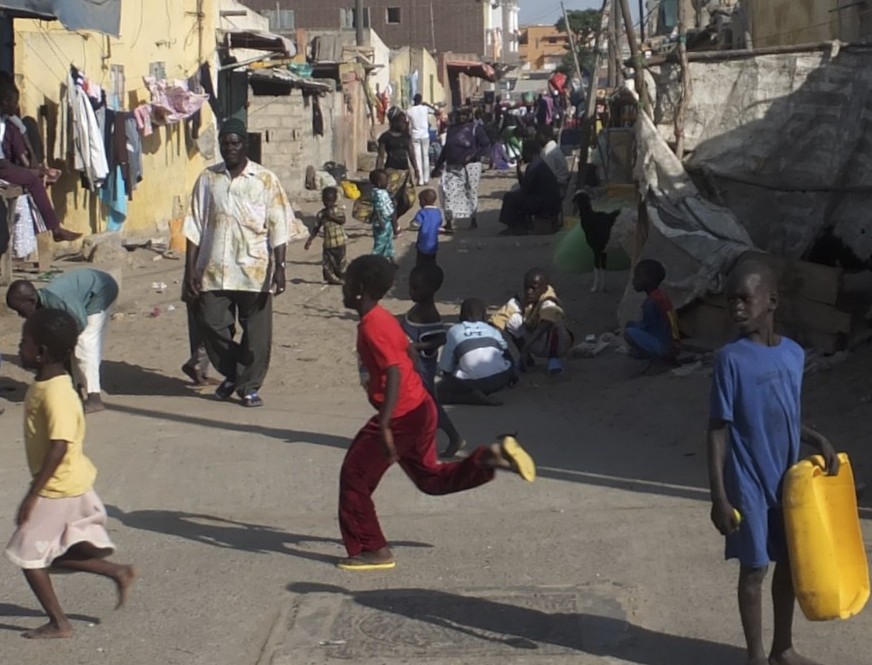 thin, sandy peninsula that separates the Senegal river from the sea from the Mauritanian border down to the river mouth, maybe 15 or 20 miles.

St. Louis’ main industry is fishing, they send out a hundred or more large boats each night and ship truckloads all over Senegal and into neighboring Mali. We drove straight down the middle of the fishing area, a riotous chaos of color and activity. People working, kids 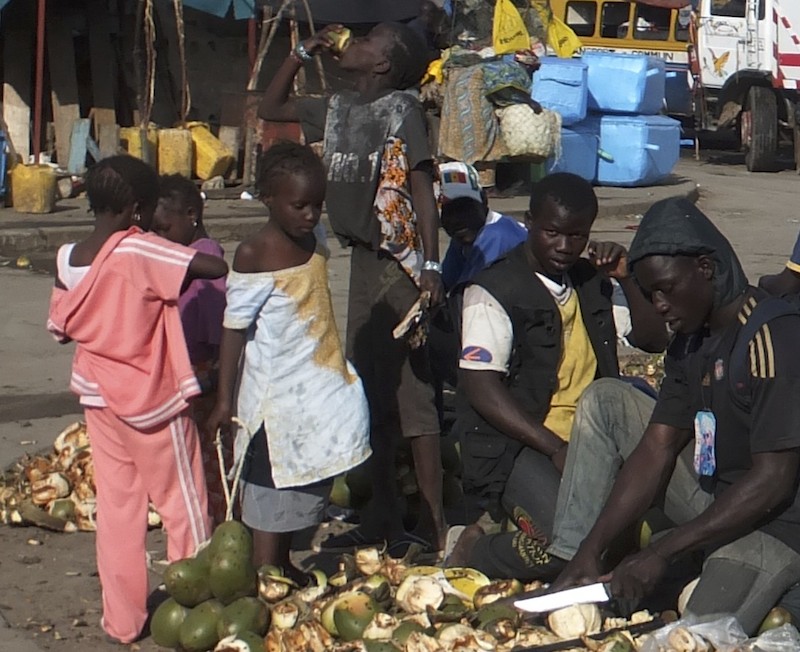 playing in the streets, lots of sheep tied up, lots of goats running free, blacksmiths making parts for the boats, boat construction, boat repair, an ice factory. Two donkey carts were racing down the street and sideswiped each other (the little donkeys can’t pull a cart packed with guys too fast). When we got down to the end, they were loading fish onto trucks. Here, in a single view, I doubled the number of flies I have seen in my 61 years. A truck was blocking our path, he was going to back up. The kid pulled the cart over about a foot. The truck backed up, then made an illogical turn, heading straight for our cart. People were yelling, the guide screamed at the kid to move us, the horse kicked up and finally jumped ahead, and the truck stopped two inches from where I was sitting. Lots of commotion, everything okay in the end. Africa.

When we got back to the center of town, we said goodbye to Ismaila. He did get the next job, we met him on the street a couple of hours later with a group of Italians.

As I started writing this, Nick emailed and asked if we were interested in hearing a band at a club that he had received a flyer for. We had dinner at a so-so Vietnamese restaurant, then headed around the corner to the nightclub that has the same name. The band was really good, playing salsa, reggae, some rock, zouk. Guitar and keyboard were the only melody instruments, along with three singers. At one point, one of the drummers started playing an African talking drum and the band blew a fuse. He just kept on playing, and other band members started playing drums while a guy frantically tried to fix the electronics. We took that as our cue to leave, it was nearly midnight. We walked the empty streets back toward the hotel until we were able to catch a cab.