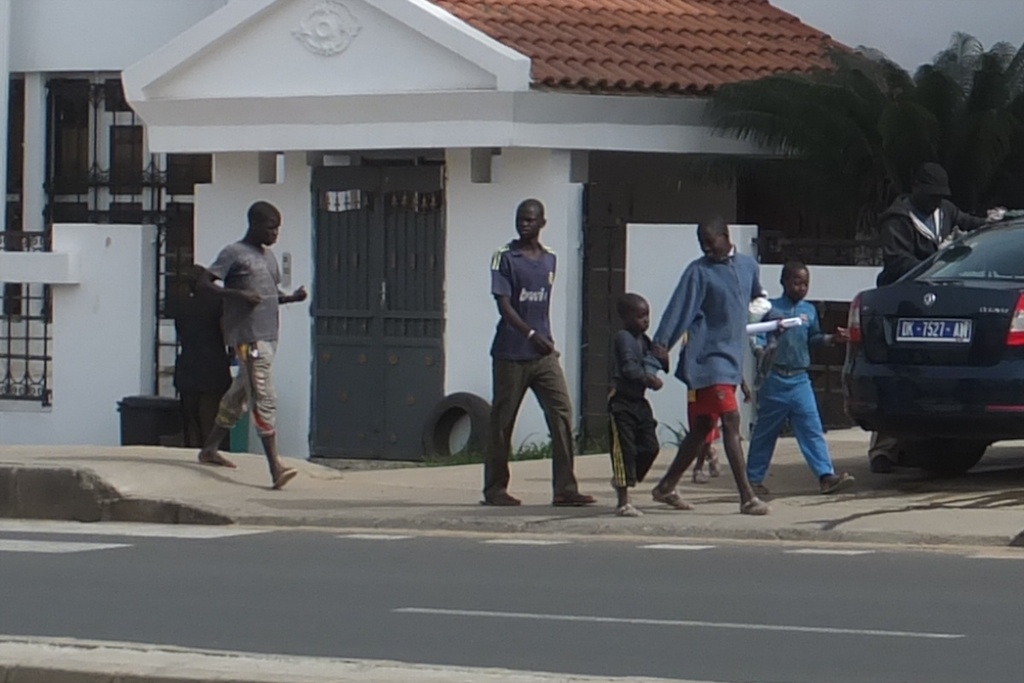 Dakar: There is no reason to go to Dakar. It is a business and government hub for West Africa. Modern, high rise city in the center, surrounded by residential neighborhoods, some slums, but not as much as I would have predicted. Preparing for this trip, we read about touts and hustlers and beggars who won’t leave you alone, but it doesn’t seem that bad – we have seen these, but after a simple “no, merci” they have all gone away. Maybe because we’re older.

We found a patisserie where we sat and enjoyed cappuccinos and watching the traffic.

Then we walked to the tip of West Africa, past ambassadors’ residences and at the end, right by the water, the new US embassy. Had lunch nearby. We’ll be back in Dakar for three more days, fortunately with excursions out of town.

MR:  I was dreading having to go back to Dakar, fortunately our sightseeing will keep us out of the city and entertained.  We just have to worry about the power outages and taking showers in the questionable stall.

The people are very nice. Everyone has been friendly and helpful to us, everyone says “bonjour, ça va?” as we pass them in the street.  The vast majority are nominally Muslim, but they have a lot of animist traditions, believe in spirits, etc. The national hero is a guy named Amadou Bamba who was exiled by the French, but later returned and founded the Mouride sect, which runs lots of commerce and is powerful in government. The only photo of Bamba shows him with a scarf across his face, and this image is all over. The taxi that picked us up at the airport had a card with Bamba’s picture. He’s like a cult figure who is worshipped in popular songs, graffiti, etc. The Taliban would behead everyone here.

Of course, some non-Muslims are the independent Diola people down here in Casamance. The French woman who runs the hotel says her chef, who is very talented, is “a difficult man” who comes in late, does what he wants, etc. 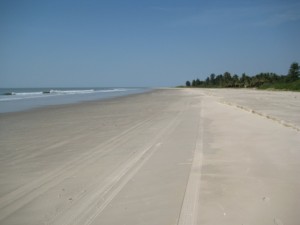 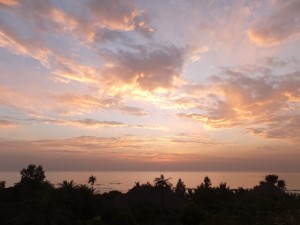 MR:  today we slept until 10:45 (all our previous nights of bad sleep finally caught up) when I bolted out of bed and yelled “we’ve missed breakfast!  We threw our swimsuits on and were happy to get served coffee and various breads.  Which begs the question, do the French not suffer from gluten intolerance?  We saw a beautiful sunset this evening.  Dinner tonight was barracuda steak, which I think is my new favorite.  The quiet here is welcomed, a lot to be said for not listening to lots of chatter around the pool.