Discovery 1: Playa Balendra rocketed to the top of our list of favorite beaches in the world. It’s in a bay off the Sea of Cortez. Shallow water that is so clear you can see the fish better than we’ve seen snorkeling with masks anywhere else. 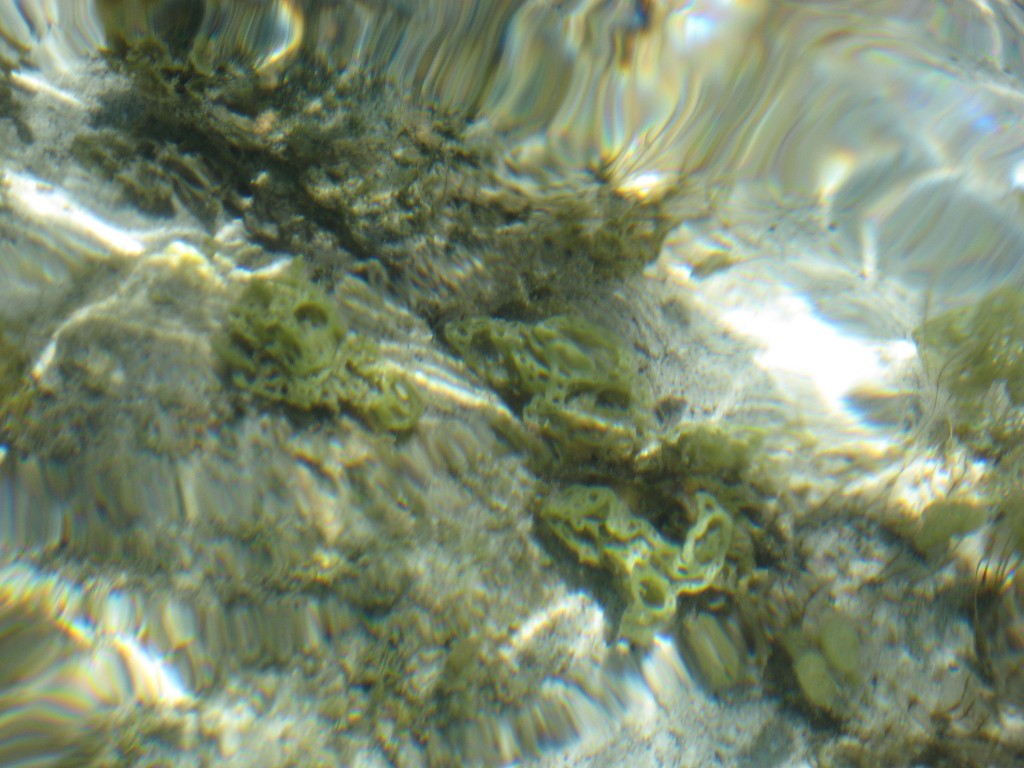 We saw several kinds of tropical fish that we’ve seen elsewhere, plus a pair of dinner-plate-sized rays, all in knee deep water. The sand is fine and white, the beach offers maybe a mile of walking, some in the water. The bay is surrounded by 300 foot mountains, the deeper water nearby is Caribbean blue. 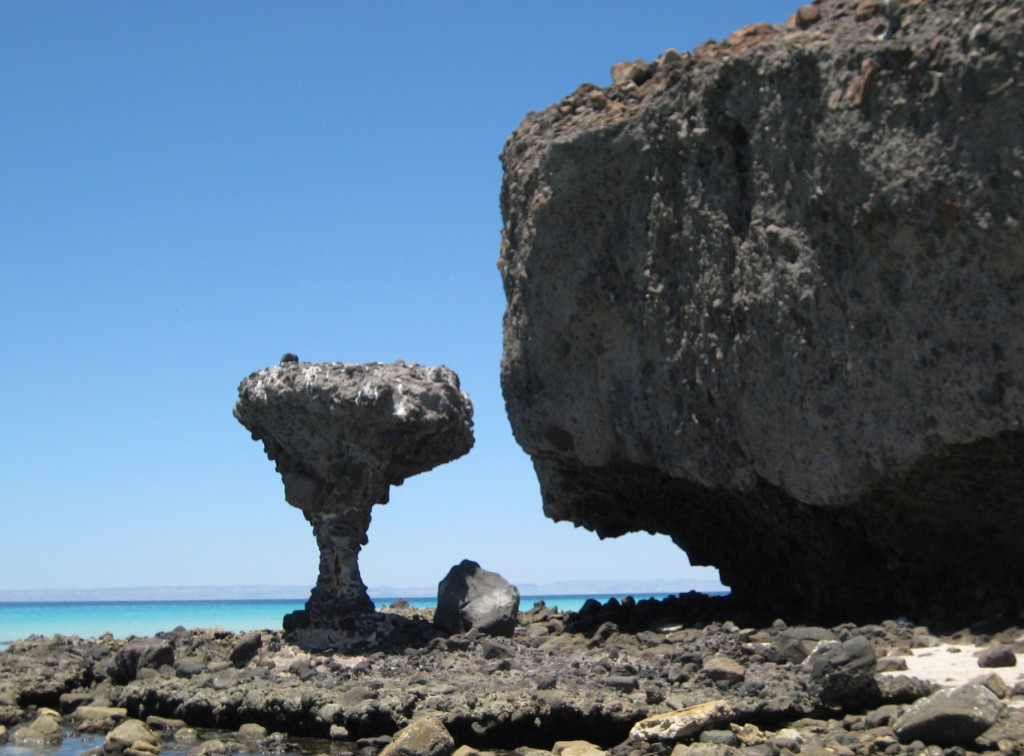 Discovery 2: White wedges of coconut with salt, chili sauce and lime juice. A fruit vendor was selling these and they were really good. Never would have thought of it. 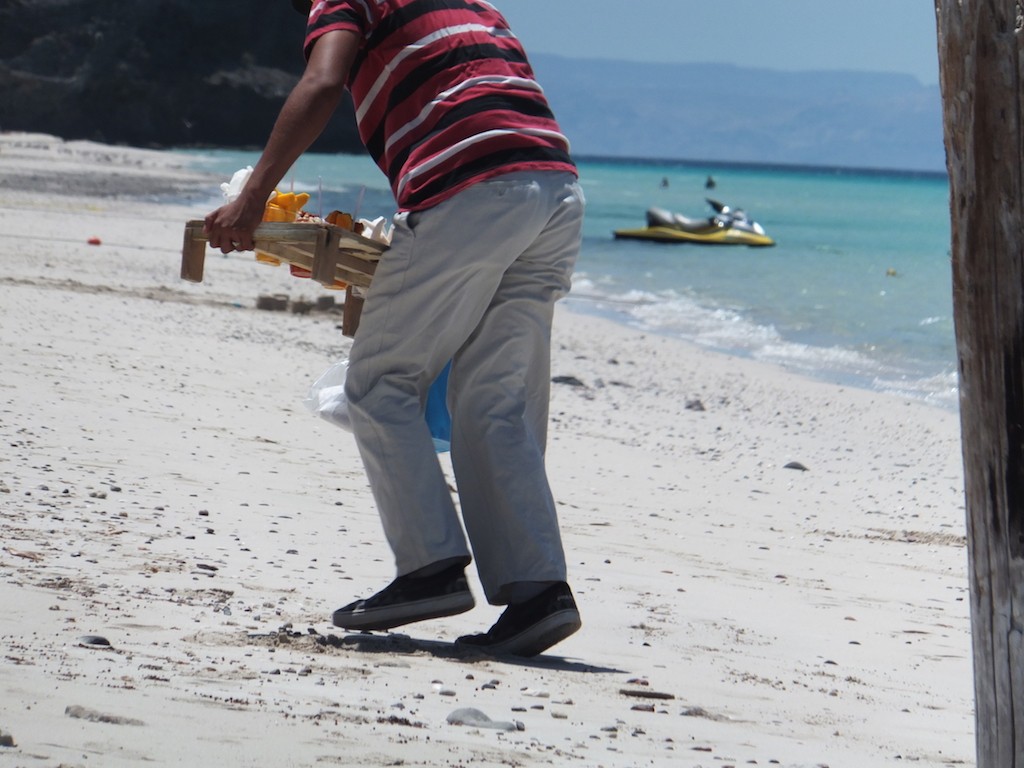 We also drove to Playa Tecolote, which was a lot more populated than Balendra, with restaurant shacks and lots of families out enjoying their Sunday.

Both beaches are within 20 km of our hotel, we’ll be back to both during the coming week.

Discovery 3: Mexico has gay marriage. Last night, two guys got married on the beach outside our window, then had a DJ spinning records which kept us up for 2 or 3 minutes extra before we passed out.

This afternoon, we went into town to get some cash from the ATM and found a little fair for families going on. They had blocked off the Malecon along the water, so we were able to enjoy strolling along with no traffic. Back tonight for dinner.

This afternoon, we had the most expensive margaritas ever. We were shocked at the $25 charge. For two. 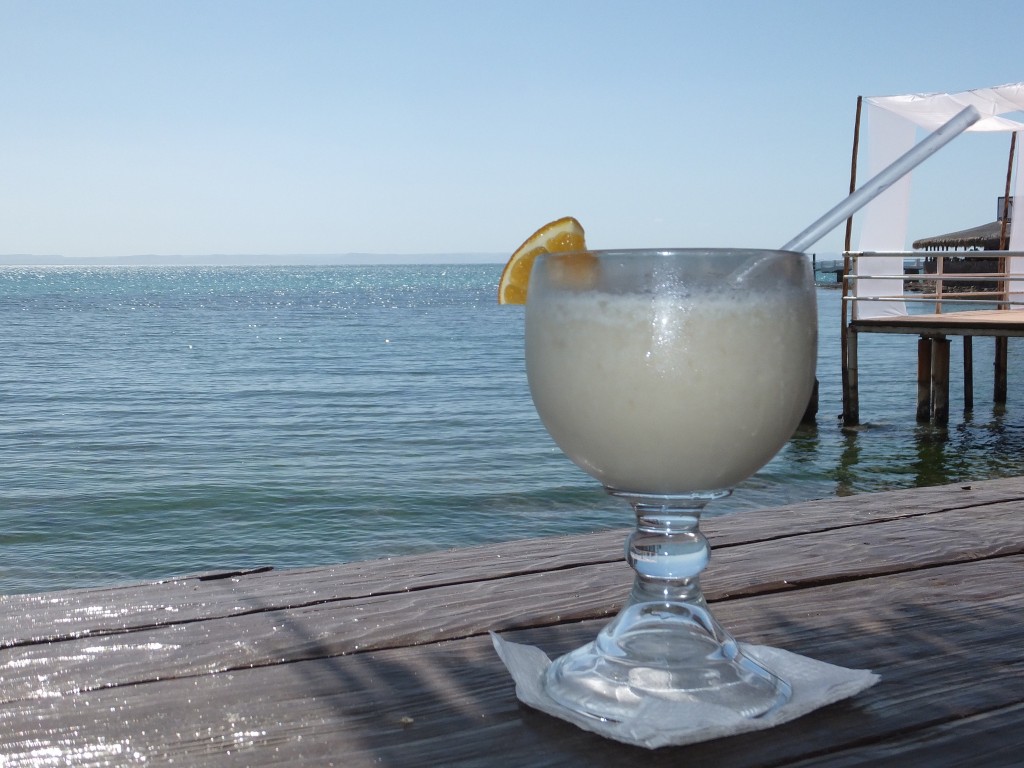 We had fish for dinner for the second night in a row. I have been looking forward to fish tacos and tonight I got them – Marlin. Maria had fish Veracruzano, with a nice tomato sauce, peppers and olives. Afterwards, we joined the many people walking the Malecon along the crystal clear water of the Sea of Cortez.