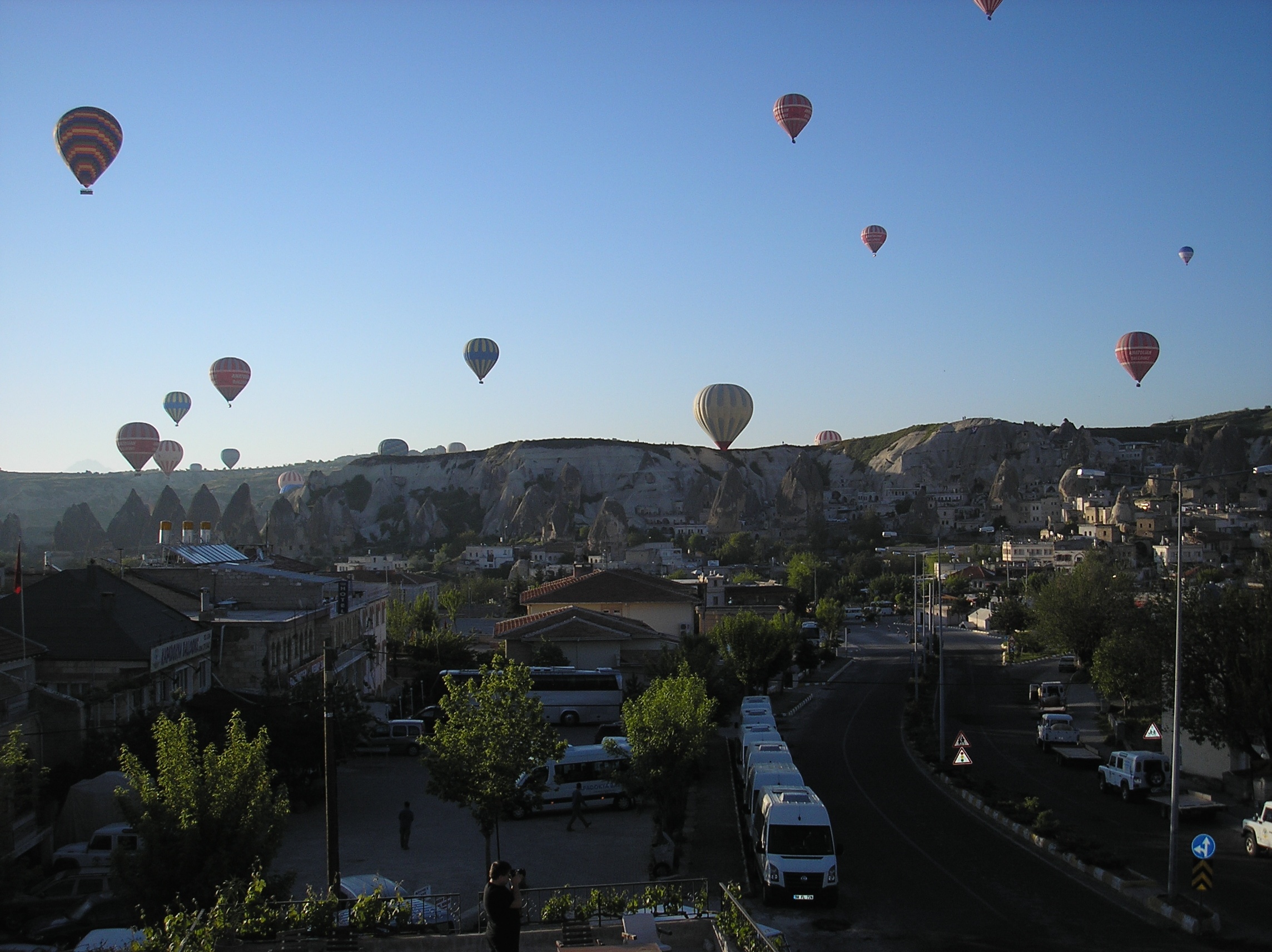 Upon arrival at Ataturk Airport in Istanbul, we hung around the domestic terminal for 5 hours to catch a flight to Cappadocia.

Cappadocia is pretty rural, with beautiful landscapes that reminded us of Bryce Canyon in Utah. Instead of sandstone, the rocks are volcanic ash, not nearly as colorful, but the erosion effect is similar, as the “fairy chimneys” are eroded out of the surrounding material by the wind and rain.

We stayed at the Cave Hotel Saksağan in Göreme. This was a cave room in a fairy chimney. 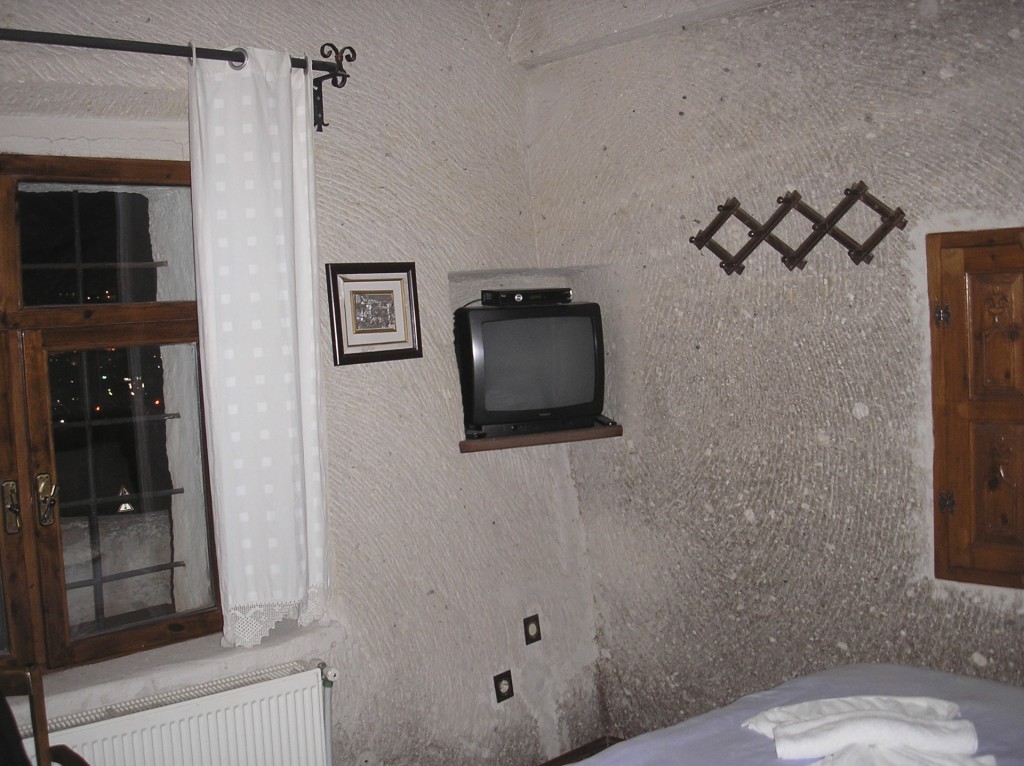 They arranged a rental car, so we were able to drive away from the Disney-esque bus crowds and see the region on our own.

Turkey, which borders both Iraq and Iran with their enormous oil reserves, has the highest gas prices in the world. We paid 4.25 Turkish Lire per litre, which is around US$10 per gallon! We coasted down the hills, and avoided acceleration. The rental guy delivered the car with an empty tank, with instructions that we were to return it the same way. Smart guy…

First trip was to Soğanli.  We drove through several little towns, lots of countryside including, much to our surprise, snow-covered mountains. Soğanli is a little village in a valley that has lots of cave 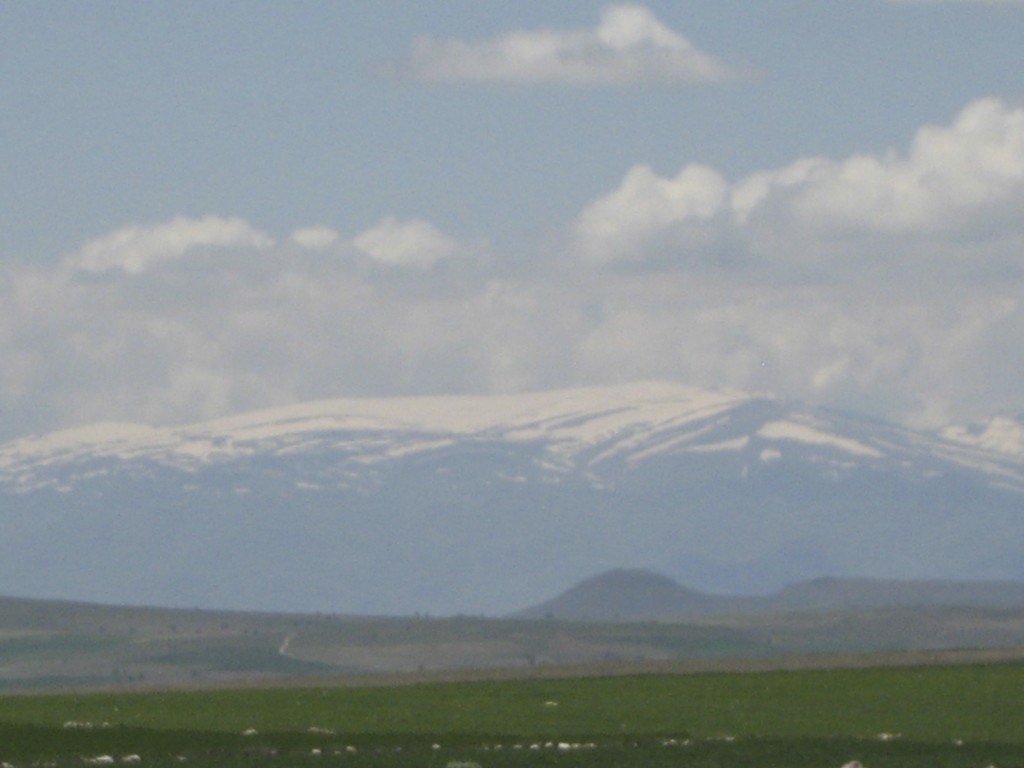 churches, one of the big attractions at the heavily crowded Göreme.  Only here, no busses, no fat tourists, the only other visitors were a group of four from France.  We drove to the caves, then parked in the little village and walked around. Had tea at a little shop and headed back.

On the way back, we stopped at Keşlik monastery, carved (surprise!) out of a hillside. Here, we saw our first emergency door, a large stone wheel that could be rolled over the doorway preventing the marauding invaders from getting in.

We also stopped in Urgup, which is, along with Goreme, the other big tourist center in Cappadocia. We stopped in to a fruit vendor where he sold us a bunch of Turkish Delight (which we called Turkish Distress, it’s really pretty horrible) along with trail mix, dried tomatos and dried fruit.

Dinner at Sinasos, a new little restaurant where we had kebaps, cooked and served in ceramic pots which are broken open when they are served.

In the evening, we visited a restored Caravanserai to see the Whirling Dervishes, a Sufi sect of Muslims who preach religious tolerance, follow Rumi and connect to the here-and-now by a ceremony where they spin in circles. It was set up like a sightseeing tour, but once the ceremony started, everyone watching knew we were seeing something special and quite spiritual.

The next day we took off again, this time looking for Derinkuyu, an underground city from around 800 AD, with many levels going deep into the earth. Wrestling with vague directions, a Google map and invisible street signs, we drove around the city of Nevsehir looking for the correct route. We even stopped to ask three cops, who, like all cops, were lounging around waiting for something to happen. They were able to understand where we were trying to go, they just couldn’t agree on how to get to the road. Finally, one of their colleagues who spoke English showed up and told us. Following his directions, we only took one more wrong turn before getting on track.

Derinkuyu was interesting, if a little claustrophobic. The place was dug out by early Christians so the village could go down there and hide when invaders came.
We heard a guide tell his group that “they 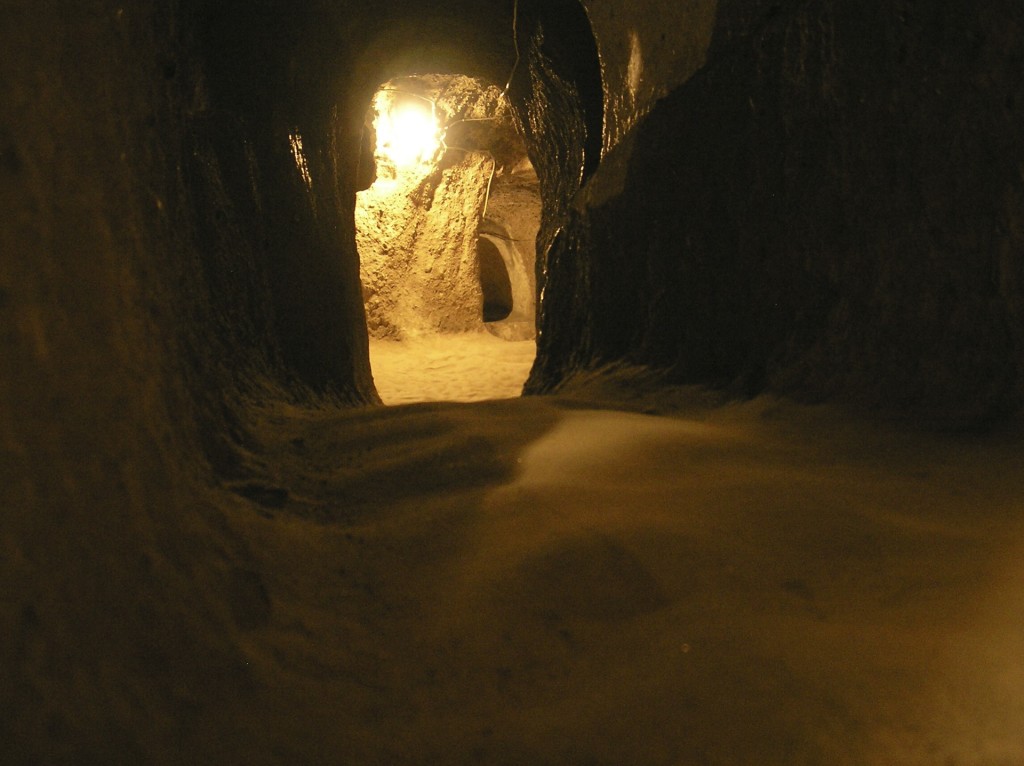 stayed down here for a minimum of 7 days and a maximum of 14 days when they would have toilet problems.” This further confirmed my suspicion of guides who I believe generally don’t really know what they are talking about. Let’s say the invaders left after 4 days. “We can’t go back up, we need to stay a minimum of 7 days!” And no matter how much poop was accumulating in the place, if marauders are up there beheading and torturing, I think they would stay longer than 14 days.

It is unclear to me whether anyone ever actually used the underground cities or whether they are like the fallout shelters – enormous energy wasted on paranoia.

After our brief visit underground, we proceeded to Ihlara, a beautiful little canyon about 90 minutes on down the road. The main tourist stop is on top with 360 steps down to the valley floor – and 360 steps to climb back up. We attempted to avoid this by entering at the village, which is at the level of the little stream that cut the canyon. We couldn’t find the route, however, so we ended up on the stairway, which was not really too bad at all. There are some cave churches cut into the canyon walls, we looked up at them, but did not clamber up to visit. 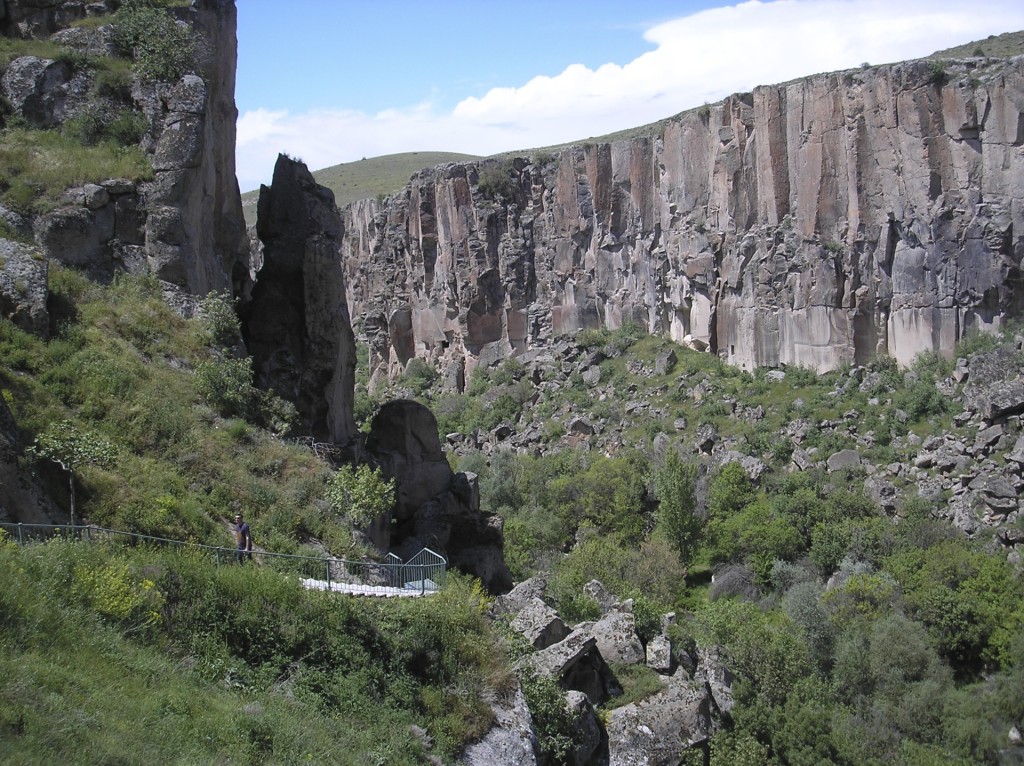 After Ihlara, we drove on through more beautiful countryside and stopped at a “Panoramic View”. There we had tea with the shop owner, his wife and toddler who was getting fed lunch. 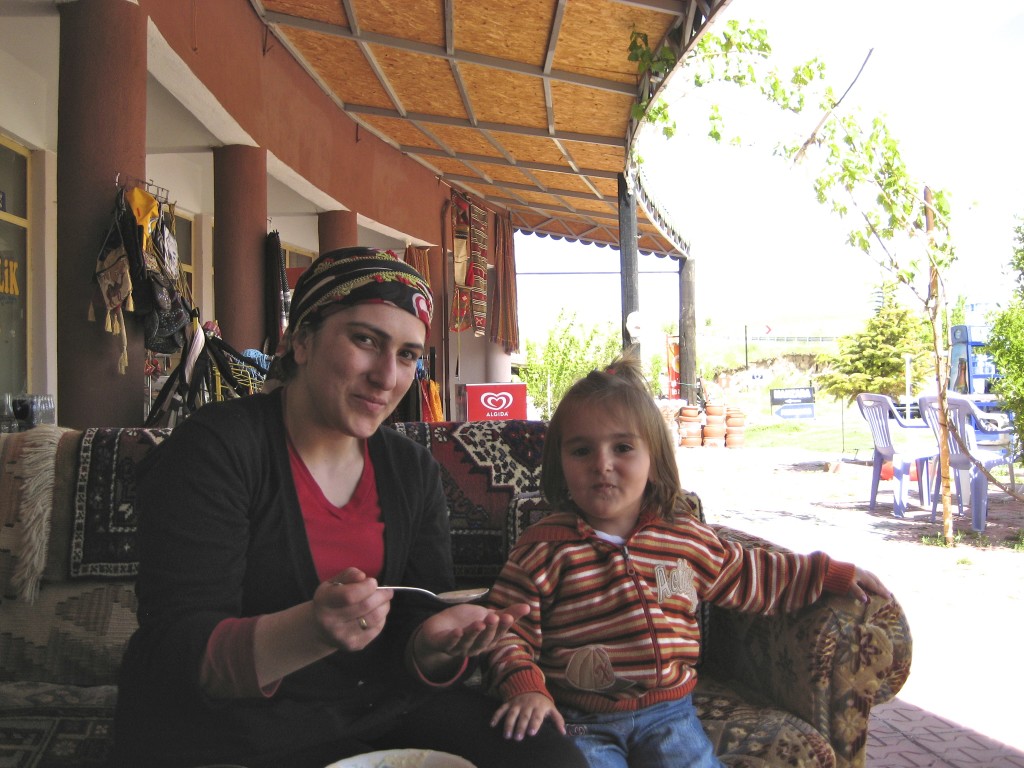 On to a ruined Caravanserai, a 12th century roadhouse where the caravans could stop, sleep, and feed their camels FOR FREE! 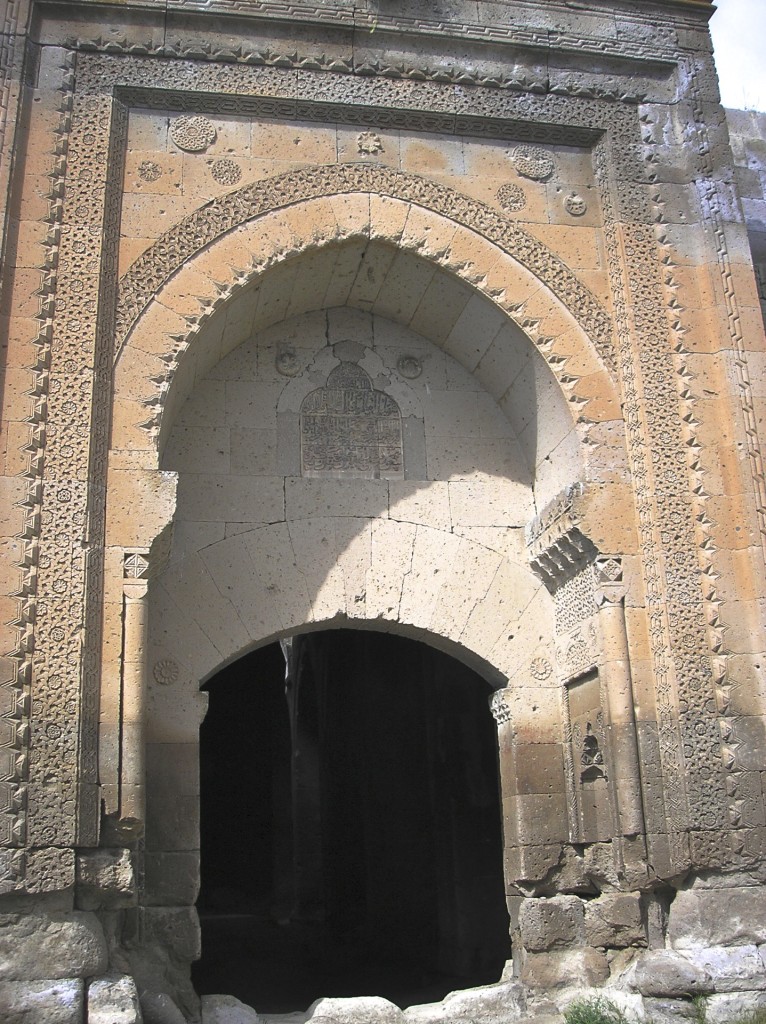 It was a benefit to have the caravans bringing goods back from China, so the Sultan helped them on their way. This place was dank, musty and full of pigeons.

Back in the hotel, we packed and got ready for our flight to Istanbul.

We got the vast majority of our information on Turkey from Tom Brosnahan’s Turkey Travel Planner site. The site has some quirks, but once you get the hang of navigating, it is a bottomless pit of information from a guy who knows it ALL.