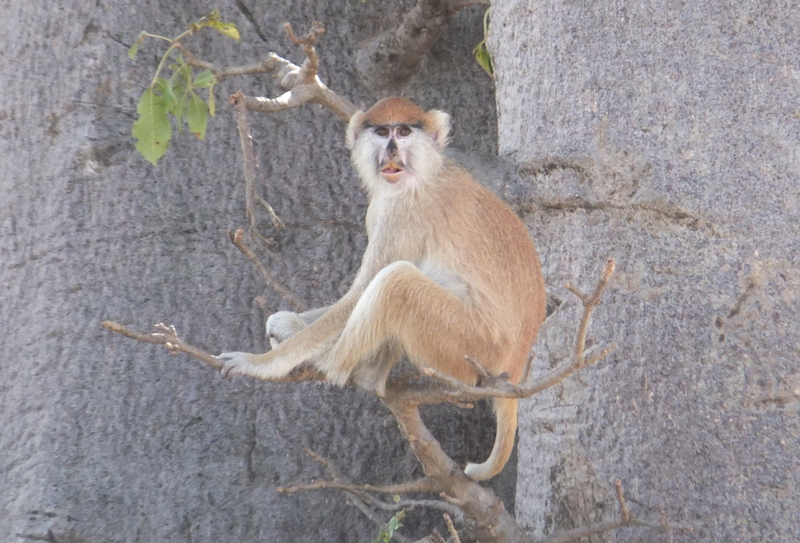 After Bandia, we stopped at the beach at Popenguine.  Kids were practicing wrestling, which is the Senegalese national sport.

The Bandia Reserve has many animals roaming freely across a section of savanna of 3500 hectares (about 13 square miles). 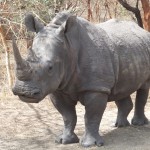 Ostriches, zebras, a couple of rhinos, giraffes, monkeys, water buffalo, antelope, mostly imported from other parts of Africa. Some birds, and lots of Baobab trees. The animals were all in good condition, with freedom to roam The guides are very knowledgeable and informative. You drive yourself or go in trucks that hold 9 or 25 people. The trucks are more fun. 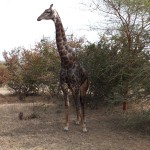 This was a fun, but ultimately disappointing experience. First of all, this is a zoo, nicer than any other zoo we’ve been in, but a false experience nonetheless. I was reminded of Animal Kingdom at Disneyworld. Also, the park is very expensive. 10,000cfa each to get in, a mandatory guide for 5,000cfa, and to rent the truck is 40,000cfa for the smaller one. They rent out the whole truck, not individual seats, so we had to find another group to share with.  Fortunately, we hooked up with a friendly Spanish family down from Catalunya to visit their sister/daughter who was doing NGO work in Dakar. 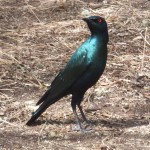 At the end, the busy restaurant offers a full, high-priced menu.

We probably would have regretted not coming, but now that we know what it is, probably we could have skipped it, though it did get us out of Dakar for the day. 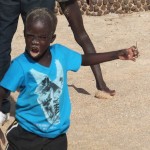 After Bandia, Meisa and Mas took us to the beach at Popenguine.  We stayed for an hour or so and found it to be a pleasant, tranquil place.   There was a wedding party, they invited us to toast with bissap.  The beach is clean, the sand is a bit gritty, not particularly soft. There is an impressive cliff at the southern end of the beach, and a nice coral outcropping at the northern end, some of which has nice carvings.